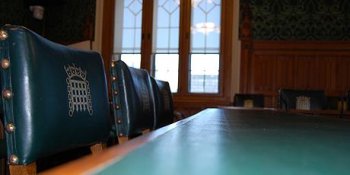 The National Secular Society has written to Neil Carmichael MP, Chair of the Education Select Committee, calling for an inquiry into the Government's plans to abolish the 50% cap on faith-based admissions to free schools.

The proposal to allow faith-based academies to select 100% of places on the basis of religion have been lambasted by critics, including the National Secular Society, for risking an increase in religious, ethnic and social segregation in state schools.

In a letter to Mr Carmichael, the NSS said that an inquiry would be the only way of ensuring parliamentary oversight for the reforms – which could otherwise be enacted without any debate in Parliament.

The cap was originally introduced to try and make faith schools more "inclusive", something which the Government says it has failed to achieve. Many minority faith schools are undersubscribed, with members of other faith and belief backgrounds particularly reluctant to send their children to them.

Stephen Evans, campaigns director of the National Secular Society, said: "Rather than lift the cap, religious discrimination in admissions to publicly funded schools should be abandoned. The removal of the cap has significant adverse implications for integration and social cohesion. It's alarming that the Government could give effect to this significant policy change without any reference to Parliament. We are therefore calling for a select committee inquiry provide a degree of parliamentary scrutiny."

The NSS also called on the Committee to consider "alternative remedies to the lack of inclusion that the cap was intended to counter".

"There is a significant and growing weight of academic opinion confirming that religiously-based admissions criteria produce more religiously, ethnically and socially segregated schools. We believe that an inquiry by your committee is essential to provide a forum for such evidence to influence the policy making process," the letter to Mr Carmichael said.

The Catholic Education Service will reportedly seek to open 35 to 40 new Catholic free schools across the country once they have more freedom to discriminate on the basis of faith.

Mr Evans said: "A proliferation of faith-based schools will seriously impede the integration of religious minorities and exacerbate the ghettoisation we're seeing in many of our towns and cities.

"The removal of the 50% faith-based admissions cap will also increase the already high levels of discrimination against children from non-religious families, who in many areas are already finding their options severely limited."