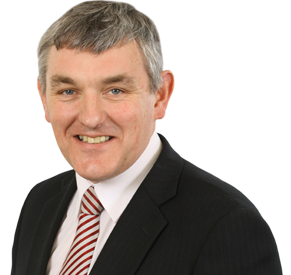 Thomas Buchanan, a DUP MLA, has endorsed an event which seeks to teach creationism to children and said creationism should be taught "in every school".

The DUP Assembly member said: "I long to see the day when every school in Northern Ireland will stand up and teach creationism, and turn away from the peddled lie that is evolution."

The Irish News reported that the event, entitled, 'Reaching Children in an Evolutionised World', will include a talk that would "offer helpful practical advice on how to counter evolutionary teaching".

It offers "the biblical case for the sound teaching of children."

The event is run by Creation Outreach Ministries, who also offer school lecturing. Their mission statement says they "seek to encourage confidence in the absolute authority of the Scriptures, especially in relation to the Biblical account of creation. We endeavour to equip Christians on this matter, reach the wider community with the Gospel of Christ's salvation, contend against the theory of evolution and glorify God the Creator."

Mr Buchanan said: "I'm someone who believes in creationism and that the world was spoken into existence in six days by His power.

"I commend those behind this event for bringing forward a programme of reaching out to children who have been corrupted by the teaching of evolution."

Colin Morrison, chair of Atheist NI, commented: "This is exploiting the trust of children, whose instinct is to believe their elders. It harms their future life chances and mental health. It's wrong, and I would appeal to schools to refrain from allowing any of this into the classroom."

Stephen Evans, National Secular Society campaigns director, said it was "astonishing that such an enthusiastic advocate for creationism can hold a position with direct influence over young people's education.

"Creationism offers no scientific alternative to evolution and has no place in the classroom. Educators everywhere should be vigilant against groups seeking to use schools to push anti-science religious dogma on impressionable young minds."

Buchanan previously sat as the Deputy Chair of the Northern Ireland Employment and Learning Committee. He still serves as the Chairperson of the Assembly All Party Group on Cancer and Secretary.

He previously said that homosexuality was an "abomination".