Risk of religious and spiritual intimidation of voters “may be increasing” 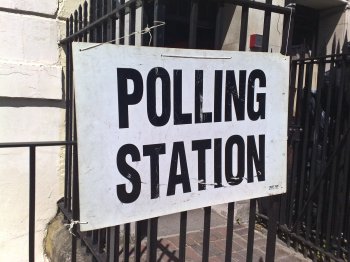 Sir Eric Pickles, the former Secretary of State for Communities and Local Government, has warned of the danger of religious leaders to "abuse their influence" over voters in a report on electoral fraud.

Sir Eric, who is now the Government's Anti-Corruption Champion, said that concerns about "abuses" of the postal voting system were being ignored because of "over-sensitivities about ethnicity and religion" and that police feared taking action "because of potential allegations of discrimination".

During the course of his review into electoral fraud, Sir Eric saw evidence of "pressure being put on vulnerable members of some ethnic minority communities, particularly women and young people, to vote according to the will of the elders, especially in communities of Pakistani and Bangladeshi background."

He noted the danger of the UK importing "corrupt electoral" practices and cited research for the Electoral Commission from 2015 which found "a lack of understanding of the voting process" within "Pakistani and Bangladeshi communities in Britain".

He added: "There were concerns that influence and intimidation within households may not be reported, and that state institutions had turned a blind eye to such behaviour because of 'politically correct' over-sensitivities about ethnicity and religion."

The law on undue spiritual influence should be "more clearly articulated" and perhaps restated, Sir Eric suggested, following a recommendation from the judge who presided over the Tower Hamlets case.

Sir Eric said that religious leaders had a "unique" potential to "abuse the convictions of religious voters" which was without parallel in "statements by other authorities such as the media, business or other special interest groups".

He wrote that statements from other sources can be "dismissed by any voter as opinion, whereas those of spiritual leaders may cause religious voters to believe they have no real choice in how they should vote."

In his report he noted that one voter was "seen crying outside a polling station" in Tower Hamlets "after allegedly being told by a supporter of Lutfur Rahman that it was 'un-Islamic' not to vote for Rahman, and that you were 'not a good Muslim' if you did not vote for him."

Dangers to the integrity of elections like this "may be increasing", he said, adding that it was important that legislation protects "voters of any faith from having their religious beliefs manipulated in order to prevent them freely exercising their vote."

"Bullying a voter by asserting that they will 'burn in hell' for not supporting a candidate is ultimately no different from threatening physical violence" in the coercive effect it would have, the report said.

The danger of electoral fraud now meant that the UK's "trust-based system is becoming no longer tenable".