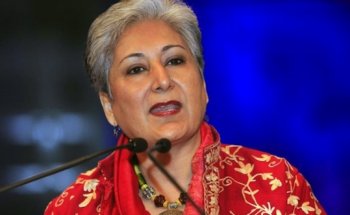 The National Secular Society is pleased to announce that secularist campaigner Raheel Raza will be speaking at our September conference 'Secularism 2016 – living better together'.

Raheel is the author of Their Jihad – Not My Jihad and regularly appears in Canadian TV and print.

"In order to succeed we are dedicated to nurturing harmonious coexistence among people of all faith traditions, to supporting open and free intellectual discourse about our history beset with problems that need to be publicly discussed," the group says.

She has criticised the use of the term Islamophobia, writing that it is "used too often to stifle debate or criticism".

Stephen Evans, the campaigns director of the National Secular Society, said: "We are delighted to be hosting Raheel at our conference, among a slate of speakers who will give a fascinating insight into the issues facing the secular movement today."