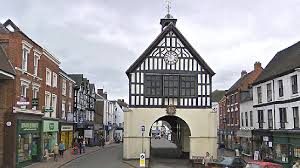 A town council in Shropshire has voted to drop prayers from its meetings over concerns that the imposition of prayer was putting people off from attending.

Bridgenorth council voted to scrap Christian prayers after councillors said they fear they are putting off the public and discouraging potential new councillors of no faith or of another faith from coming forward.

The motion was tabled by former mayor Edward Marshall, who argued "By saying prayers at council meetings we are, as a group of people, essentially imposing our beliefs on others."

The council was split on the issue, but the motion passed on the casting vote of current mayor Valerie Voysey, who said she was "willing to be unpopular".

"I think prayers are a personal thing," Councillor Voysey said.

"I am willing to be unpopular on it. I am not anti-religion, I just think it's a private thing and I don't think it has to be part of our meetings."

In a paper explaining the rationale for dropping prayers, circulated prior to the meeting, Councillor Marshall said members of the public and guests who attend a council meeting for the first time were "surprised that everyone stands for prayers".

"In Britain anyone is allowed to have and follow any religious believes they desire, and that includes the option of having no religious beliefs. Christians always have the option of saying prayers publicly and collectively in church, chapel and other meeting rooms, or in private at any time."

"Over the last few decades, Britain has become a much more multi faith society."

"Whilst it is probably true that a majority of the population are not too concerned about saying prayers at meetings, would this still be the case if one of the minority religions imposed its own form of worship on to Council meetings. Probably not."

But the decision to drop prayers was attacked by Councillor David Cooper who said he had had his "ear bitten off" by residents who thought it was "atrocious" that such a move had even been considered.

The move was however welcome by the National Secular Society which congratulated the Council on its "principled decision".

"Everyone has the right to manifest their religion, but that shouldn't extend to allowing believers to impose acts of worship on those that do not share their faith."