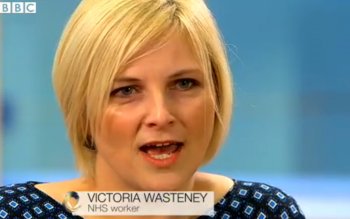 A Pentecostal Christian accused of "harassment and bullying" against a junior colleague has had her appeal against an employment tribunal ruling dismissed.

In 2014 Victoria Wasteney was found guilty of bullying a junior work colleague. She was found guilty of three charges, after an extensive complaint was made against her. She then took that decision to an employment tribunal in 2015, which rejected her claim that she was the victim of discrimination on the grounds of religion or belief.

The employment tribunal ruled that Wasteney's religious views were not the issue, and that the same ruling would have been reached if the issue at question was her political views.

However, Wasteney appealed that decision, in a case which was now been dismissed by Judge Jennifer Eady QC.

Stephen Evans, the Campaigns Director of the National Secular Society, commented: "This case is being used to promulgate a false narrative of Christians being persecuted and prevented from talking about their faith. In fact, Ms Wasteney was initially found guilty in a formal disciplinary investigation of three charges and was warned for 'harassing and bullying' a colleague.

"Regrettably the media continue to take the claims of the Christian Legal Centre or Christian Concern at face value. Both the BBC and the Telegraph have published stories that give the impression this was over Wasteney giving a religious book to a Muslim colleague.

"In reality, as the ruling of the employment tribunal and initial complaint show, Ms Wasteney had engaged in a pattern of behaviour and sought to impose her religious views on a junior member of staff in a wholly inappropriate way."

The original complaint against Ms Wasteney set out a number of accusations including that the Muslim colleague received persistent unwanted invitations to attend Wasteney's Pentecostal church – with frequent phone calls and texts sent about this outside of work hours. The employee said that they finally had to block their manager on their personal mobile phone "to avoid further invites" to religious events.

Wasteney had a history of advancing the influence of her Christian Revival Church (CRC) at the mental health unit where she worked. She pushed to have CRC services at the hospital and complaints soon began to arrive about the group pressurising medical staff to participate in religious worship.

The initial employment tribunal ruling said that Wasteney "had been previously counselled and advised to maintain proper professional boundaries between her personal beliefs and her role at work."

Andrea Williams, the Director of Christian Concern and the Christian Legal Centre, claimed the decision was an "injustice" and that Wasteney would "press on to fight for [the] freedom to express Christian faith in [the] work place."

See also: "The Christian "fired for praying at work" – here's the other side of the story".