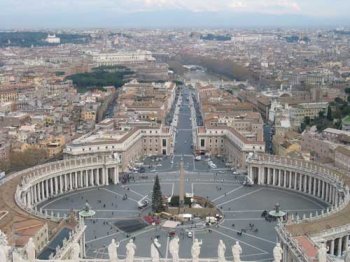 Senior Vatican officials are facing investigation in France over the "non-reporting of crime" and endangering lives, following allegations that clerical sex abuse was not reported to the police.

Father Bernard Preynat was indicted in January 2016 for the alleged abuse of Scouts between 1986 and 1991 and admitted that he sexually abused young Scouts in 1986-1991 in the group which he had run for twenty years.

Prosecutors have now ordered an investigation into senior figures over their "failure to report a crime" after Preynat's victims said top officials in the Catholic diocese of Lyon, including its Archbishop Cardinal Philippe Barbarin, had failed to report the priest to the police, as required under French law.

In addition, Preynat's own lawyer told the judge that "the facts had been known by the church authorities since 1991".

According to AFP, the Vatican had earlier given Cardinal Barbarin its backing, saying it had confidence he would deal with the matter "with great responsibility". A source close to the cardinal claimed, "Cardinal Barbarin … quite rightly suspended Father Preynat after meeting a first victim and taking advice from Rome, and this, even before a first official complaint was made".

"If these allegations are true then civil authorities should seek prosecutions and send out a clear message that clerics cannot flout the law with impunity.

"The Vatican's Pontifical Commission for the Protection of Minors reiterated in February that bishops had an obligation to 'signal cases of sexual abuse to civil authorities', but every announcement by the Pope on this is weaker than the one before. Last year the Pope announced a Church Tribunal (rather than law enforcement) to deal with such bishops, but this Tribunal has never met. On his recent return from Mexico, the Pope declared, even more weakly, that such bishops should resign – not even saying he would force them to do so. The implicit support for Barbarin suggests that even pretensions that bishops should follow the law has been abandoned.

"French clerics seem to be leading the resistance to reporting abuse to civil authorities, thereby allowing abusers to escape jail and helping the abuse to continue unchecked."

"The Pontifical Commission's reiteration, referred to above, followed the discovery that at an induction course for new bishops at the Vatican, French Monsignor Tony Attrella told the bishops that they were not obliged to report abuse to state authorities. In 2014 the United Nations castigated the Vatican for a Cardinal congratulating a French bishop for defying the law by refusing to report child abuse."

In most countries, such reporting is not mandatory, although the United Nations has recommended its introduction, for example in Ireland.