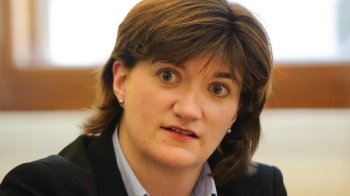 Education Secretary Nicky Morgan has set our proposals to limit objections to admission arrangements to "only local parents and councils". She has said this is in response to "vexatious complaints against faith schools by secularist campaign groups."

The Department for Education has said that "secular campaign groups have targeted faith school admissions as part of a particular agenda. We plan to put a stop to this by restricting who can object to school admissions arrangements to local parents and the local authority."

Currently, civil society groups and individuals can challenge admissions problems with the Office of the Schools Adjudicator. The Government will not stop this – in a specific attack on secularists and those opposed to faith-based discrimination in the education system.

NSS campaigns manager Stephen Evans commented: "It's disgraceful to begin with that the law allows faith schools to discriminate against pupils on the basis of their parents' faith. Many religious schools have been shown to be been abusing the admissions system and it's incredible that the Government now wishes to prevent us from challenging that abuse of religious privilege.

"Many parents will understandably not wish to be named as a complainant and look to groups such ourselves to challenge unfair admissions on their behalf. These plans will ensure that this route is now effectively blocked, allowing faith schools to break the admission code with impunity.

"The Government knows very well that its unwavering support of faith schools is contentious; this appears to be an attempt to insulate such schools from further criticism and negative publicity."

The plans will "simplify" the school admissions system, the DfE claims.

The Fair Admissions Campaign, which published a report exposing the extent of admissions code breaches by faith schools, says the ban "will allow religiously selective schools to continue abusing the system and unfairly discriminate against a huge number of children in the process."

Rabbi Dr Jonathan Romain said "there is evidence of systemic problems in schools – for instance, when faith schools use criteria about the religious involvement of parents" and that it was "vital" that secularist groups be able to "expose" unlawful admissions policies.

The Government "will be conducting a full public consultation on the proposed changes in due course."