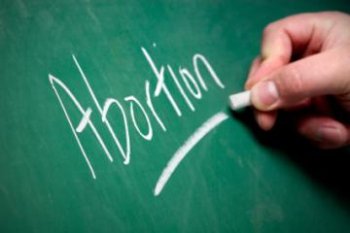 The Catholic Church in Northern Ireland is pressing the attorney general to appeal the 2015 High Court ruling that allowed abortion in cases of incest, rape or fatal foetal abnormalities.

The Guardian has reported that the Northern Ireland attorney general is "considering whether to appeal against the judgment" made in November 2015 by the High Court that Northern Ireland's abortion law is "incompatible with human rights", and that the Church has now been acknowledged as an "interested party" – allowing its complaints to be heart in court.

Tim Bartlett, secretary of the Catholic Council for Social Affairs, said that while rape was "the most heinous of crimes", that abortion in such cases was not right because "the answer is not to take the life of an innocent third party. The challenge is to give that person every possible support and care."

He also stated that "the right to life of an innocent person is always inviolable, and that is a fundamental moral principle on which society and human rights should stand. That right begins from the moment of conception, and science affirms that."

Bartlett said that abortion could not be justified even in cases of fatal foetal abnormality. "In the church, we work with women whose babies have life-limiting conditions, and these children can live for minutes, hours, days, weeks and in some cases years. The child is still technically, clinically and in every sense alive as a human person, and is entitled to have their life protected."

Amnesty International has said that Northern Ireland's abortion laws need to be brought "out of the 19th Century and into the 21st."

Patrick Corrigan of Amnesty said that the High Court's "landmark ruling" last year was a "damning indictment of the Northern Ireland Executive's failure to prioritise women's healthcare. That must end. It is now up to the new First Minister to lead that change."

Meanwhile in Scotland the devolution of abortion-related matters to Holyrood has prompted the formation of a new anti-abortion campaign called "Don't Stop a Beating Heart". The head of the Catholic Church in Scotland, Archbishop Philip Tartaglia, said he "wholeheartedly" supported the campaign's aims to resist any extension of abortion time limits. Nicola Sturgeon however has said there will not be any changes to the current time limit for abortions.