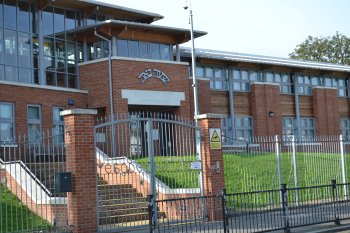 An Orthodox Jewish faith school instructs pupils' parents not to wear bright clothing, to cover their elbows and knees, and to "refrain from following trends which contradict the spirit of modesty."

In a highly restrictive admissions policy, described by one concerned parent as 'controlling', the Yesodey Hatorah school demands that "Charedi girls … abide by the principles and ethics of the Charedi community" and sets outs prohibitions on the dress of parents and guardians.

The policy states that mothers' dresses and skirts may not be shorter than four inches below the knees, and stresses that the knees must "remain covered at all times".

It adds that a "slit in a skirt or dress is absolutely forbidden even if it is completely below the knee."

The policy also forbids parents from wearing "flashy or very brightly coloured clothing" and says that "trendy" fabrics "are related to the casual free way of life of the street culture" and are "not permitted".

Most stringently, it states that "the television is absolutely forbidden" in pupils homes, and that "access to the internet is forbidden". The admissions policy adds that "other unsuitable home entertainment is strictly not allowed."

Parents are required to sign a statement that they will adhere to "the strictest laws" and "moral values" of Charedi beliefs.

The statement explains that "Charedi homes do not have TV or other inappropriate media, and parents will ensure that their children will not have access to the Internet and any other media which do not meet the stringent moral criteria of the Charedi community."

Returning to the stringent dress codes, the policy adds that "mothers and girls, will dress at all times in accordance with the strictest standards of Tznius (modesty) as laid down by the Rabbinate of the Union of Orthodox Hebrew Congregations."

The National Secular Society has written to the Department for Education and Office of the Schools Adjudicator raising concerns about the school's failure to respect pupils' individual liberty.

NSS campaigns manager, Stephen Evans, said: "This school is not just limiting its austere and restrictive religious practices to the school day, but insisting on them in pupils' homes as well.

"Schools are supposed to be promoting fundamental values in order to ensure young people leave school prepared for life in modern Britain. By undermining students' individual liberties there is a real danger that upon leaving school these girls will be prepared for nothing other than a life trapped inside a religious community."

One parent contacted the Independent about the rules and said that the school "control how people behave" and that if "a mother was seen walking down the street with her hair uncovered she wouldn't last a day and nor would her child."

They added that it is "very strongly implied that if you or your child breaches the rules your child will be expelled."

The National Secular Society has previously raised concerns with Ofsted about the Yesodey Hatorah school after it emerged that the girls' school was redacting exam questions on human reproduction and evolution because they conflicted with the school's religious ethos.