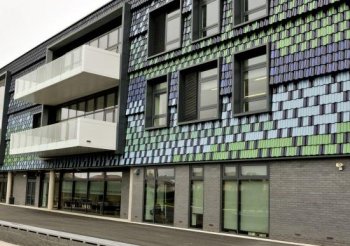 Highfield Humanities College, the last secondary school in Blackpool under local authority control, is to be taken over by the Tauheedul Education Trust (TET).

The Blackpool Gazette reports that the school, rated "inadequate" by Ofsted at its last inspection in October 2014, will be converted into an academy sponsored by the TET in a bid to improve standards at the failing school.

The TET describes itself as being inspired "by progressive Islamic and British values".

Alan Fisher, chair of governors at the College, praised the TET and said that they were the "clear and outstanding choice" to sponsor the school.

While the Tauheedul Education Trust stresses that it welcomes non-Muslim students, it describes itself as having "roots in the Muslim faith".

The Trust's website says it is "keen to welcome non-Muslims pupils into our faith-based schools".

John Girdley of the NASUWT teaching union said that even though the College will not become a faith school, a "number of parents in the Highfield area will be alarmed at having a religious group suddenly imposed upon them."

The National Secular Society recently warned that Government plans contained in the Education and Adoption Bill to speed-up the process of turning struggling local authority schools in England into academies could increase the proportion of faith schools in the education system.

NSS campaigns manager Stephen Evans commented: "We are very concerned that the academisation of local authority-controlled schools could result in a loss of secular school provision.

"In schools that don't currently have a religious designation, there is a real danger that a faith-based academy sponsor will introduce religion by stealth into the schools they take over. Parents and local communities must be consulted if non-faith-based schools are taken over by academy sponsors with a religious ethos, even if the school doesn't technically become a faith school as a result.

"This is a troubling grey area, but in this day and age we ought to be dislodging religion from a role running schools, not expanding its share of the education system. Highfield College is an early example of what may become common if the Government's Education and Adoption Bill becomes law."

An amendment to the Education and Adoption Bill to require consultation with a school's community before a decision on the identity of an academy sponsor is made has been tabled by Labour MP Louise Haigh. It is due to be debate at the Bill's Third Reading on 15 September.