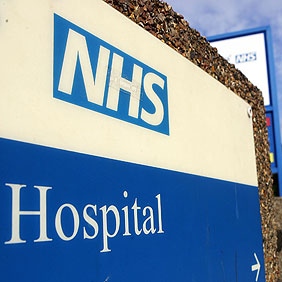 Figures published in the Independent have revealed that NHS Trusts spent over £23 million on religious chaplaincy in the last financial year – the equivalent cost of employing 1,000 new nurses.

The expenditure on chaplaincy services represents an increase of £1.5m on the previous financial year despite falling levels of religious adherence in the UK.

The data was obtained by the Independent newspaper from Freedom of Information requests sent to 230 NHS Trusts.

Despite ostensibly offering 'spiritual care' to all, the role of chaplain is only open to individuals authorised by their faith community. The vast majority of hospital chaplains are Anglican.

The National Secular Society has again questioned whether NHS budgets should be spent on providing religious care.

Stephen Evans, NSS campaigns manager, said: "If hospital chaplaincy is to remain a specifically religious service then the NHS shouldn't be paying for it.

"If NHS Trusts consider it cost effective to offer emotional or spiritual support to staff and service users, then those positions should be open to any professionals with the skills to provide necessary support, regardless of their religion or belief. In a religiously diverse and largely irreligious society such as ours, it makes little sense to organise patients' pastoral care around religious identities."

Speaking on BBC radio, Rev. Paul Walker, leader of the chaplaincy team at Tees, Esk and Eear Valleys NHS Foundation Trust said secularists had a "valid point with the decline in religious attendance" and admitted that the "vast majority" who called on his services as a chaplain were "not religious people".

Rev'd Walker pointed out that chaplains were employed from "all religions" but said "when religious people come into hospital they tend to get their own support from their own vicars or ministers". He said "when they're not religious and suddenly feel the need of chaplain, that's when they call us".

The Rev'd praised the role of religion in healthcare, stating "an awful lot of doctors are very religious people and would love to bring more religion into what they're doing".

Hospital chaplain Dave Russon, also speaking to the BBC, said he didn't have "any real problems with the comments made by the [National] Secular Society". Addressing the provision of religious care, the pastor said "the church should pay for that side of the work we do".

He said there was "growing need for spiritual care" but said if chaplains are attached to a religious organisation then "religious care should come from them".

Antony Lempert, Chair of the Secular Medical Forum, commented: "As a publicly provided service, the NHS should neither discriminate in terms of employment nor service provision. That some NHS posts are still ring-fenced for people of certain beliefs is not acceptable. Despite the change of language towards 'spirituality' and 'spiritual care' an NHS post that excludes applicants on the basis of their belief, or lack of it, whilst claiming to include all patients in the provision of an aspect of care provided exclusively by religious staff is fundamentally inequitable and dishonest.

"There is considerable debate about the value of outsourcing pastoral care to chaplains. Some argue that resources would be better spent on employing more healthcare professionals supported to provide holistic care to all patients irrespective of belief. If the NHS wishes to outsource pastoral care for all patients then there is no rationale for restricting the role of chaplain to those of faith.

"Rev'd Walker may be right that some religious doctors would love to bring more religion into what they're doing. It is therefore a good thing that such doctors are restrained by the GMC (the doctors' regulatory body), which advises all doctors that it is usually inappropriate to share their own views with patients. Patients have a right to expect that when they consult a professional their care should not be dependent on the personal beliefs of the doctor they happen to consult. Supporting patients from a wide variety of beliefs is part of a doctor's wider holistic role and is not an invitation to share the doctor's own beliefs, particularly with vulnerable and distressed patients."