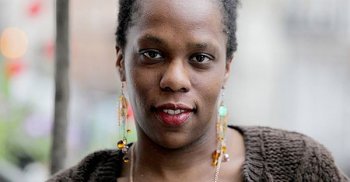 An employment tribunal has found that an evangelical Christian woman working at a nursery in Highbury, north London was a victim of religious discrimination after she was fired for upsetting a lesbian colleague. The verdict undermines claims from Christian activists that Christians are not protected from discrimination when their rights come into conflict with gay rights.

The case was brought by Sarah Mbuyi, with support from the Christian Legal Centre. Ms Mbuyi, who worked at Newpark Childcare upset her co-worker - when they got into a conversation about Ms Mbuyi's religious attitudes to her colleague's relationship.

Ms Mbuyi's colleague asked her whether her church would accept her and her partner, and was upset when Ms Mbuyi said it would not and that such an arrangement went against her Christian beliefs. "God does not condone the practice of homosexuality, but does love you and says you should come to Him as you are," Ms Mbuyi said. She told her colleague that she was a sinner - "but we are all sinners".

The colleague was distressed by this and requested a transfer to another department in the nursery - but she did not make any allegations against Ms Mbuyi or lodge any complaint. Nevertheless, the management of the nursery began a disciplinary action against Ms Mbuyi.

The tribunal heard that at the disciplinary hearing there was no evidence that the colleague had been systematically harassed by Ms Mbuyi. It was also apparent that she had initiated the conversation that had prompted Ms Mbuyi's remarks.

They also asked her whether she would be prepared to read a story to children that featured a gay couple. Ms Mbuyi said no she wouldn't, she would ask a colleague to read it.

Previously Ms Mbuyi had given the colleague a Bible and had brought other religious books into work with her.

The tribunal found that the nursery had acted on the basis of "stereotyped ideas of evangelical Christianity". But it did say that if the nursery had asked both Ms Mbuyi and the colleague not to talk about their religious beliefs or their sexuality in the workplace again and either of them had refused, it would have been grounds for dismissal.

As it was, Ms Mbuyi was dismissed on the basis of the colleague's version of events alone and no further investigation was undertaken, and this procedural shortcoming of the employer was a key factor in the decision to uphold Ms Mbuyi's complaint.

Ms Mbuyi now has another job and told the Sunday Times: "I only ever responded to questions that my colleague asked me, and wanted the very best for her. I hope that my previous employer and colleagues are well and will understand from this that my intention was for the best."

"Although we think the tribunal came to the right decision in this case, it does illustrate that when people try to evangelise in the workplace it can so easily lead to conflict with colleagues. It is significant that Ms Mbuyi was thought by some fellow employees to be too ready to "look for opportunities to share her faith when she felt she was being invited to do so".

"Andrea Minichielo Williams of the Christian Legal Centre thinks Christians should have the right to disregard workplace rules simply because they have a strong faith. But some people get angry or distressed when zealous colleagues subject them to religious pressure. This was illustrated clearly by the recent case of Victoria Wasteney.

"It is now time for the Christian Legal Centre to admit that the equality law is fair to Christians. It should restrict the cases it brings to those that have genuine merit and involve real discrimination.

"We also regret that the Tribunal took notice of the Council of Europe's resolution (pdf) calling on member states to challenge discrimination on grounds of religion – particularly against Christians. But it probably had no bearing on the tribunal outcome. It is not law, simply a non-binding resolution on Member States to "uphold freedom of conscience in the workplace while ensuring that access to services provided by law is maintained and the right of others to be free from discrimination is protected. However the Mbuyi case does not create a precedent."

You can read the judgment here.