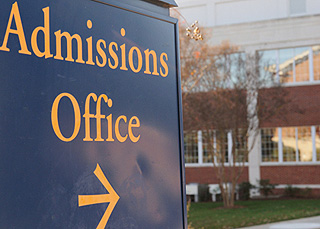 The National Secular Society has welcomed assurances from the Department for Education that it has no plans to permit faith-based free schools to increase the proportion of school places they can allocate on the basis of faith.

The announcement will come as a blow to the Catholic Church in England and Wales which has been lobbying to lift the faith-school admissions cap on new academies.

The Church says the cap prohibits it from opening new academies, although a number of Catholic schools have converted into academies where they can maintain the ability to reserve all places for children of Catholic backgrounds if oversubscribed.

Catholic schools, which make up 10% of the national total of state funded schools, have come under fire for their highly selective admissions policies.

Writing to the NSS, Lord Nash, the minister responsible for faith schools, said the 50% admissions cap "strikes an appropriate balance between enabling those from a faith background to have their children educated in schools with a strong faith ethos whilst also providing additional places to meet basic need".

However, Lord Nash said the Government had no intention to remove Catholic Schools' freedom to admit pupils by reference to faith.

Stephen Evans, NSS campaigns manager, said: "Given that Free Schools are funded by the public purse, their admissions arrangements shouldn't be discriminatory at all. We are however pleased that any pressure to increase the degree of discrimination permitted in our school system is being resisted.

"There is something rather troubling however about the Minster's statement which indicates that the basic need for school places can be met by schools with a 'strong faith ethos'. For the vast majority of parents and pupils a faith based education will be neither appropriate nor acceptable.

"A more efficient use of public money would be to fund only fully inclusive schools that are equally welcoming to children of all religion and belief backgrounds".