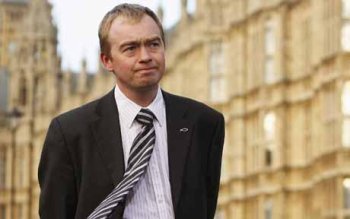 Tim Farron, one of two candidates for the leadership of the Liberal Democrats, has called for the Church of England to be disestablished and has also expressed his opposition to faith schools.

"If we were starting from scratch, I would not have church schools, but we are where we are," Mr Farron told PinkNews.

Commenting on the inevitable contradictions that come from having religious groups running schools, Mr Farron said: "if we're accepting that faith schools exist, we're accepting their ability to teach in accordance with that ethos up to a point."

When pressed on the question of compulsory sex and relationship in all state-funded schools – including church schools, Mr Farron said: "I support age-appropriate inclusive sex education, that is informed – but if we're going to have faith schools, they should be able to practise their ethos."

Nonetheless, in principle, Mr Farron opposes faith-based schools. Emphasising his support for age-appropriate sex education, even in faith schools, he said "these are state-funded schools."

Mr Farron, a Christian, added, "I think the Church of England is compromised by being part of the furniture of the state.

"I think it damages Christianity to have an established church, and it certainly it's also illiberal to have a state church anyway."

He went on to say, "although I'm a Christian myself, I do not believe I have any right to impose my faith on anybody else."

National Secular Society campaigns manager Stephen Evans commented: "These are welcome comments. It very encouraging to see politicians articulating secular views that most of the public are already extremely sympathetic towards.

"It is also worth repeating that it is entirely reasonable to be a secularist and a Christian- as Mr Farron demonstrates. Secularism is simply about fairness: secularism protects religious freedom and freedom from religion."