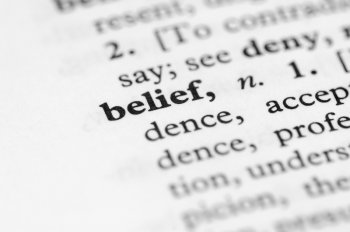 An Employment Appeal Tribunal (EAT) has ruled that political views constitute a "philosophical belief" under the Equality Act.

The EAT was ruling on the case of the General Municipal and Boilermakers (GMB) Union v Keith Henderson, in which Henderson, a former employee, had claimed he was discriminated against for his "democratic socialist beliefs." The EAT decided that Henderson's political views should have the same protection in the workplace under the Equality Act 2010 as religious views do.

The EAT also found that the claimant had been fairly dismissed by the GMB for reasons unrelated to his political ideology, overruling an earlier Tribunal decision that he had suffered "direct discrimination and harassment" because of his ideological views.

The Employment Appeal Tribunal did however concur with the earlier decision that "left-wing democratic socialism is a protected belief for the purposes of the Equality Act 2010".

Barrister Neil Addison, writing on the implications of the ruling, argued that speeches made in Parliament, when the Equality Bill was being debated, made clear that "Parliament did not want to see political beliefs or the membership of a political party being treated by the courts as a 'belief'" for the purposes of the Equality Bill.

Mr. Addison also questioned whether extreme political views would be protected by the Equality Act if they were classed as "philosophical beliefs."

NSS campaigns manager Stephen Evans said: "We currently have a strange legal situation where some beliefs, namely 'religious' or 'philosophical' views, are given additional protections over other types of belief. This Tribunal decision is a welcome reminder that a range of non-religious views are held just as earnestly and deeply as religious ones. It's hard to see why religious beliefs should have some added protection over and above political beliefs.

"Whether views are religious or political, or both, manifestations of such beliefs will at times need to be restricted to ensure protection of the rights and freedoms of others."

In 2009 a judge ruled that environmental views were a "philosophical belief for the purpose of the 2003 Religion and Belief Regulations."