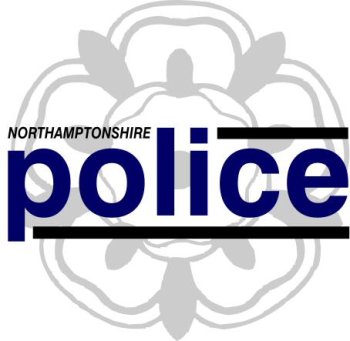 The National Secular Society has raised concerns about a scheme to "nurture, equip and enable" religious organisations to help reduce crime in Northamptonshire.

Northamptonshire Police and Crime Commission Adam Simmonds, described as a "committed Christian", set up the Office of Faith-Based and Community Initiatives (OFBCI) in 2014, promising that "the Office will not favour any particular organisation on the grounds of faith."

However, all religious organisations awarded funding to-date have been Christian. The director of the OFBCI, Helen Boardman, who is paid between £35,000 and £42,000, described herself as an "active Christian" with a "real passion for people who are broken and lost".

The National Secular Society (NSS) has expressed concern that funding is being awarded without any measure of how effective the initiatives are.

NSS campaigns manager Stephen Evans said: "public funding should be dependent on objective assessments of whether the initiatives are genuinely effective and represent value for money. An active Christian with a 'real passion for people who are broken and lost' may not be best placed to objectively assess the merits of spending public money on church based outreach programmes."

Of the £63,410 given out by the OFBCI since its launch in January 2014, £50,000 has been awarded to Christian groups, with the rest going to non-faith based community initiatives.

£16,000 was awarded Crime2Christ to establish school chaplains in three secondary schools to "support young people after school "and have a "visible presence on routes to and from school, on bus routes, around the local community and local shops."

Other funded projects include a 12-step Recovery Support Program run by the Full Gospel Church; Developing Street Pastors run by Corby Street Pastors to provide "a reassuring presence during the night time in Corby"; a family intervention programme run by Crime2Christ; and a crime prevention scheme run by the New Ark Foundation, which promotes "health, education and general social welfare of individuals and families… through culturally competent and faith sensitive services".

Stephen Evans argued that there was a danger that such faith initiatives were being used to "paper over cracks in public service provision", but also raised concerns about the appropriateness of funding groups with a specific religious focus.

"Many Christians have long been concerned about their diminishing relevance and influence in modern society and churches are increasingly using social action to give themselves a purpose. But there is an evangelical agenda behind much of this 'outreach' work and everybody needs to be clear about that. Assisting churches to deliver the gospel of Jesus to the unchurched isn't a proper use of public money – so police forces should think twice before actively supporting or funding churches' missionary work.

"Community initiatives, secular and religious, can provide real benefits to local communities, but faith-based projects should be self-funded and supplementary to secular public services, because in a multi faith and increasingly non-religious society, public services should be equally appropriate and accessible to all – and there's a big question mark over how inclusive groups with specific religious ethos can be."

The lack of funding provided to non-Christian faith groups has been criticised by local religious leaders.

The Reverend David Wiseman, of Northampton Inter Faith Forum, told the BBC that he was "disappointed" only Christian religious groups had received money.

Krishna Thakrar, of Wellingborough's Hindu Temple, said he felt "excluded." A number of non-Christian religious leaders the BBC contacted said they had never heard of the scheme. Mr Thakrar said: "If those administrating it cannot contact certain groups they shouldn't be running it."

Stephen Evans commented: "Another good reason to keep religion out of policing is its potential for divisiveness and the inevitable competing demands of religious groups who feel excluded."

In an interview with the Jesus Army website last year, Mr Simmonds said he would "robustly" challenge the notion that Britain's future belonged to secular humanism. "I passionately believe that religion can be – and is – a huge force for good in our society, and that faith drives many people to do amazing things." He has not yet commented on the controversy surrounding the project.