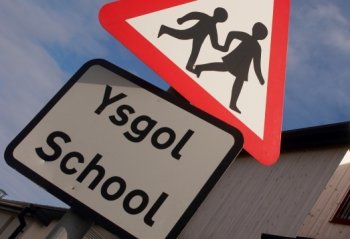 The National Secular Society has called on the Welsh government to review the legal requirement on schools to provide worship after parents expressed concern about prayers being imposed on children in non-denominational schools.

A number of parents from Wales have contacted the National Secular Society (NSS) complaining of "excessive worship", with reports of children being made to pray up to four times a day – without parents being informed.

Stephen Evans, NSS campaigns manager, said the imposition of worship in schools is causing a "moral dilemma" for many parents who don't want a Christian upbringing for their child, but at the same time don't find withdrawal an acceptable solution due to the emotional upset this causes for very young children.

Mr Evans said: "We are increasingly hearing from parents concerned about proselytising within their children's schools, often in the form or excessive worship or assemblies being led by priests or evangelical groups. The obligation on all schools to provide a daily act of 'broadly Christian' worship is clearly providing a foot in the door for individuals and organisations with evangelistic intentions.

The National Secular Society has now written to the Welsh Minister for Education and Skills, Huw Lewis AM, calling on him to urgently review the legal obligation on Welsh schools to provide worship – and to ensure that schools properly respect their pupils' religious freedoms.

Simon Blake, whose son attends Cross Hands Community Primary School in Carmarthenshire, said he was shocked to find out that pupils are required to pray between three to four times every day.

He said the nature of the worship makes withdrawal completely impractical.

Mr Blake told the NSS; "I attended a secondary school whose head and deputy were both church ministers, yet they never asked non-Christians to participate in any Christian assemblies, nor were we asked to pray at any other time. I attended school over twenty years ago in another Welsh valley which was every bit as Christian as this one is. This situation does seem to me to be abnormal and of great concern."

Another parent whose children attend a Welsh Medium School in Caerphilly has also complained of excessive Christian worship at his daughter's non-faith school.

He told the NSS: "Prayers are held before assembly, after assembly, before they eat their lunch and again before they leave school. My daughter has asked to be left out of worship, but the headteacher implied that it would be discriminatory to my child as they will have to be moved in and out of assembly twice, out of the dinner hall for a period and then out of the class/ hall at the end of the day."

"When I suggested that the way the school had set up collective worship makes it discriminatory towards pupils who don't wish to attend, I was told the school wouldn't be changing the set up."

Parents say that after lodging their concerns with the Standing Advisory Councils on Religious Education (SACREs) and Local Authorities, their objections have been brushed aside, with Local Authorities pointing out the legal requirement on schools to hold worship.

The guidance in Welsh Office Circular 10/94 informs schools that collective worship must "reflect something special or separate from ordinary school activities and it should be concerned with reverence or veneration paid to a divine being or power." The inspectorate of schools in Wales, Estyn, has a remit to inspect acts of worship in all school that do not provide a denominational education.

Mr Evans said: "Any imposition of worship in schools encroaches on the civil rights of both parents and pupils. A law that requires worship cannot be justified on educational grounds and is incompatible with a genuine commitment to religious freedom. The time has surely come to consign laws requiring religious worship to history."