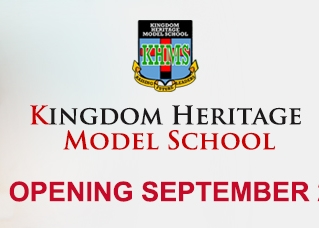 The National Secular Society has expressed concern that a school linked to a controversial Pentecostal Nigerian 'witch hunter' pastor is set to open in England.

The Kingdom Heritage Model School in Dartford is set to open as an independent fee-paying school to children from the age of four this September. The school, which will teach "biblical truths" in each subject, has been established by Living Faith Church Worldwide (LFCWW), also known as Winners Chapel International (WCI). The Department for Education has confirmed that it is currently considering the school's application.

In a letter to the Department for Education, the NSS has questioned the suitability of the organisation to run educational establishments in the UK, raising concerns over both educational standards and child welfare.

In 2011, WCI leader David Oyedepo was captured on video assaulting a young girl at one of his ministration events in Nigeria. After accusing the girl of being a witch, she can be heard saying she is a "witch for Jesus". Mr Oyedepo then slaps her around the face and denounces her as evil.

Last week it emerged that David Oyedepo appeared to be the subject of an airline alert issued by the Home Office which bars any carrier from bringing him into the UK. The move follows concerns raised with the Home Office by the National Secular Society (NSS) and humanist groups about the potential risk of abuse to children accused of being witches.

Winners Chapel is also the subject of an ongoing investigation by the Charity Commission concerning the methods used to obtain money from its followers and other alleged financial irregularities.

The school acknowledges "God as the sovereign and only wise God in all affairs of life and learning", and believes the Bible to be "the ultimate source of wisdom".

It says it will approach discipline "very firmly" and expects the head teacher to "ensure there is an atmosphere that encourages respect for authority, strong character, obedience and a Christ-like spirit."

In 2012 the Metropolitan Police warned that children believed to be possessed by evil spirits or believed to be witches are at "clear and immediate risk of significant harm".

In considering this school's registration, the NSS has also asked the DfE to look into the details surrounding the death of a three-year-old child who drowned in the toilets of a Kingdom Heritage Model School operated by Winners Chapel in Nigeria in 2012.

Stephen Evans, National Secular Society campaigns manager, said: "Given this Church's association with belief in witchcraft and the actions of its leader, we hope the Department will give serious consideration to the reliability of the school's commitment to safeguarding and promoting the welfare of children."