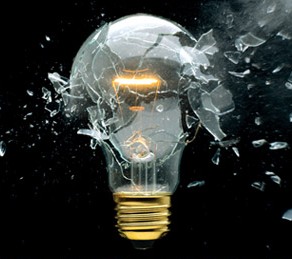 HowTheLightGetsIn, the world's largest philosophy festival, will feature an exciting programme of debates, talks, comedy and live music. Including National Secular Society Associates Ted Honderich, Peter Atkins and Laurence Krauss. To celebrate their participation the organisers have kindly offered National Secular Society members a chance to win a pair of tickets to all of the associates' events including:

24th May – Philosophy Bites Back

From neuroscience to cosmology, Hawking to Dawkins, many argue science can do away with philosophy. Yet science is replete with philosophical puzzles. Should we see science as one metaphysics amongst others? Or is this to swap the megalomania of science with that of philosophy?

27th May – Escaping the Moral Maze

Despite the decline of religion most of us remain attached to morality. Yet as the Moral Maze attests and suicide bombers confirm there are an unlimited number of contradictory 'moral' outlooks. Should we recognise morality as a figleaf for prejudice? Or is this to give up on a capacity that makes us human?

We believe science is rational. But, like the Church it once fought, it has its own establishment and theories to defend. Has it become the new church with beliefs tended by the faithful and heretics excluded from publication? Or is this a travesty of an institution that has brought so much advance?

Which CERN particle physicist will be chairing sharing the stage with NSS Associate Peter Atkins on two occasions at this year's HowTheLightGetsIn?

Send your answers via an email titled 'NSS Competition' to Emily at Emily.baker@artandideas.org before midnight 11th May to be in with a chance to win. The winners will be chosen at random from all correct entries. Good luck!

For more information on the festival, including the range of comedy and musical events, and to book tickets visit howthelightgetsin.org