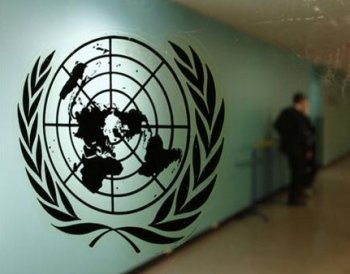 The UN Committee Against Torture has criticised the Vatican (in its guise as The Holy See) for several failures in its handling of the child abuse scandal.

The Vatican is a signatory to the UN Convention Against Torture and has been questioned by the Committee as part of its regular examination of those states that have ratified the treaty.

The subsequent report, published on 23 May by the Committee Against Torture is critical of the Vatican's failures.

Earlier this year, the Vatican was similarly scrutinised by the Committee on the Rights of the Child. Its report was similar in many respects, but more scathing in tone.

The Torture Committee also slated the Vatican for failing to order that all abuse allegations should be reported to the police, for moving abusive clergy around from one diocese to another, enabling them to continue abusing children.

It was critical of the Vatican helping abusive clergy to evade proper accountability for their actions and for failing to see that victims got adequate compensation.

"Clergy … were transferred to other dioceses and institutions where they remained in contact with minors and others who are vulnerable," the Committee Against Torture charged.

A leaked copy of the document had been obtained by the Boston Globe which reported:

Unlike the earlier UN assessment, the new report mixes criticism with praise for steps taken by the Catholic Church over the last decade to combat child abuse, including tougher legal sanctions for clergy and the creation of a new papal commission in December 2013 to press for reform. That commission includes Cardinal Sean P. O'Malley of Boston.

The committee lauded an April 11 statement by Pope Francis on the subject of child abuse, in which he said, "We will not take one step backward with regards to how we will deal with this problem and the sanctions that must be imposed. On the contrary, we have to be even stronger."

The report follows a May 6 hearing in Geneva of the Committee against Torture in which Vatican officials disclosed for the first time that over the past decade, 848 clergy have been removed from the priesthood for acts of sexual abuse and 2,572 assigned lesser sanctions, most of the latter priests who were elderly or in ill health.

At the same time, the committee suggested that pledges of zero tolerance by church officials aren't always effectively translated into action.

Specific cases were referred to by the panel, including:

The panel was also "concerned by reports'' that Catholic officials "resist the principle of mandatory reporting'' of abuse allegations. It said that the Vatican should ensure that abuse allegations are pursued by independent prosecutors to ensure that there is "no hierarchical connection between the investigators and the alleged perpetrators," and also insisted that officials who fail to respond appropriately to abuse complaints are subject to "meaningful sanctions." The Committee reflected the criticism that although individual priests might be sanctioned for abuse, there was no equally strong accountability in place for bishops and other officials who fail to report abuse or who actively cover up scandals.

The committee called for "an independent complaints mechanism'' where victims or others can "confidentially report allegations of abuse.''

The UN panel also advised that a new commission established by the pope in 2013 to lead a process of reform should have "full power to investigate cases of alleged violations of the convention, [and to] ensure that the results of any of its investigations are made public and that they are promptly acted upon." The committee asked that the Vatican respond to its concerns in a follow-up report by May 2015.

Unlike the earlier report from the Committee on the Rights of the Child, the new report does not venture into matters of Catholic moral teaching on subjects such as abortion, homosexuality, or contraception.

The Vatican ratified the Convention against Torture in 2002, and its appearance before the UN panel in May was part of a regularly scheduled series of hearings to monitor implementation in various nations.

Commenting to the Boston Globe on the report, the Vatican's top envoy to the United Nations, Archbishop Silvano Tomasi, expressed relief that the report was not as harsh as the previous one from the Committee on the Rights of the Child. He said the new report was "more technical and professional" and even contained some congratulation on ongoing efforts to put things right.

"It takes into account the positive steps taken by [the Vatican] and the church in general," he said. He was particularly relieved that it does not accuse the Vatican of having violated the UN's 1984 convention against torture – something that could have laid the Vatican open to a whole new raft of legal challenges.

Tomasi did, though, say that although the report does not directly assert that the child abuse scandal is a form of torture under international law, such a conclusion could be inferred from it.

He also repeated the claim that the Vatican is not legally responsible for the actions of priests around the world – only for those within the walls of the Vatican City.

The Survivors' Network of those Abused by Priests, the largest victims' advocacy group in the United States, said in a statement: "It has now been 12 weeks since another United Nations panel released a lengthy report about the Church's on-going clergy sexual violence and coverup crisis."

"As best we can tell, every Catholic official is ignoring every one of those recommendations," the group's statement asserted. "That is shameful."

The Vatican said it would give "serious consideration" to the Committee's recommendations.

Keith Porteous Wood, Executive Director of the National Secular Society, which has been campaigning for stronger sanctions against the Vatican over its mis-handling of the Child abuse crisis, said: "The Committee should be praised for not being cowed by the Vatican's shameless threats to renounce the Convention if it was criticised. Crucially, like the UN Committee on the Rights of the Child, the Torture Committee criticised the Vatican's refusal to instruct the Church to report credible accusations to secular authorities and its self-serving refusal to accept that its obligations under the Convention extend beyond Vatican City to the international Church, particularly on child abuse accusations.

"We do not share any enthusiasm, however, for the Vatican's defrocking of thousands of abusing clerics resulting in them being released into the labour market without being subjected to secular justice, and the resultant criminal record. This will almost certainly put other children at risk from former priests reoffending."

You can download the UN Committee against Torture's 'concluding observations' on the Holy See here.