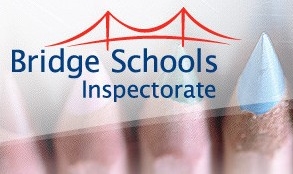 The National Secular Society has expressed concern that inspectors with extremist views are working for the body responsible for inspecting Muslims and Christian independent schools.

An investigation carried out by the Sun on Sunday found that the Bridge Schools Inspectorate, which inspects schools belonging to the Christian Schools' Trust and the Association of Muslim Schools throughout England, contains a number of fundamentalist Christians and Muslim hardliners.

The newspaper claims that one of its inspectors, Ibrahim Hewitt, compares gay people with paedophiles, and in his book, What Does Islam Say?, claims "fornicators" should be given 100 lashes.

Mr Hewitt, who also runs the private Al-Aqsa primary in Leicester, is also chair of the charity Interpal, which the US claims is "a global terrorist entity", but is allowed by the Charity Commission to operate legally in the UK.

Another BSI inspector, Tahir Alam, is a former leader of the fundamentalist group HIKAM, an organisation which has aspired to turn Britain into an Islamic state. He is an alleged ringleader of the "plot" to seize control of community schools and academies in Birmingham by forcing out unsympathetic governors and headteachers, with a view to ensuring schools are run on "Islamic principles". Mr Alam has denied any plot exists.

One of the BSI's trustees, Mohamed Mukadam, is quoted as saying that Muslims who abandon their faith should be put to death.

Another trustee, David Freeman, an ex-chair of the Christian Schools Trust, was behind the King's School in Witney which used Accelerated Christian Education curriculum, noted for its emphasis on the most extreme form of young-Earth creationism and famed, until 2013, for teaching in science that the existence of the Loch Ness monster was evidence against evolution.

According to the BSI's website, the inspection body "provides an opportunity for cooperation between faith groups to establish a specialist faith schools inspectorate which respects their distinctive ethos." The BSI says its inspection teams are led by highly experienced retired inspectors "who understand the distinctive characteristics of faith based education."

The BSI is approved by the Secretary of State for Education to inspect independent faith schools which it has been doing since 2008. The work of independent inspectorates is monitored by Ofsted.

The National Secular Society, which this week submitted a response to the Department for Education's consultation on independent inspectorates, said it had longstanding concerns about the role of Bridge Schools Inspectorate and called on the Government to review whether the organisation is fit for purpose.

Stephen Evans, National Secular Society campaigns manager, said: "The Government has a duty to protect children and young people from harm, including exposure to intolerant or extremist views in schools. Religious schools are the fastest growing sector of independent schools, and without robust and appropriately objective inspections, the proliferation of such schools could undermine children's education, impede social cohesion and increase the potential for radicalisation of young people."