Plans by Islamist extremists to take over state schools exposed 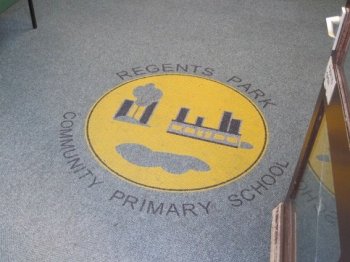 The Sunday Times this week reported an alleged plot by Islamist fundamentalists in Birmingham to take over state schools and use them as centres of "Islamic education."

The supposed conspiracy is under investigation by Birmingham City Council, while the Sunday Times has obtained a copy of anonymous documents that detail a strategy to destabilise poorly-performing schools before moving in to transform them into academies and free schools with an Islamic ethos.

It is not known whether the council is aware of who has written the documents, but the Sunday Times speculates that they are the work of "disaffected parents" belonging to the Salafist branch of Islam, regarded by many as the most extreme and fundamentalist.

The Sunday Times has already revealed that Park View Academy in Birmingham is being investigated by the Department for Education for allegedly side-lining non-Muslim staff and trying to teach Islamic studies, despite not being a "faith-based" school.

The paper reports that the documents it has uncovered suggest that the strategy, called Operation Trojan Horse, should be used in Bradford and Manchester as well as Birmingham. The authors of the strategy argue "We have an obligation to our children to fulfill our roles and ensure these schools are run on Islamic principles."

The Sunday Times reports that they strategy's first step is to:

"identify poor-performing state schools in Muslim areas; then Salafist parents in each school are encouraged to complain that teachers are 'corrupting children with sex education, teaching about homosexuals, making their children say Christian prayers and mixed swimming and sports'.

"The next steps are to 'parachute in' Muslim governors 'to drip-feed our ideal for a Muslim school' and stir up staff to urge the council to investigate. The strategy stresses the importance of having an 'English face among the staff group to make it more believable'.

"Finally, anonymous letters are to be circulated to MPs, press and ministers. 'All these things will work towards wearing the head down, removing their resolve and weakening their mindset so they eventually give up.'"

Birmingham schools named as targets in the document include Regents Park, where the head teacher resigned last year over questions about exam results (despite being given an "outstanding" Ofsted report). Others are Adderley Primary School and Saltley School, a specialist science college where the head, Balwant Bains, resigned last year. Bains quit after an Ofsted report concluded that he had a "dysfunctional" relationship with the governors.

Ahson Mohammed, the interim head teacher at Saltley, was appointed in November after Bains's resignation.

The Sunday Times says Mohammed categorically denied any suggestion that Bains resigned as a result of pressure from Muslim extremists.

Mohammed said the school has been closely monitored since Bains's departure. "We have been under extensive scrutiny, both by Ofsted [and] by the local authority ... where we are now is the school is stabilised, the school is functioning and has been named as being one of the top 100 [most improved] schools in the UK."

Birmingham City Council is said to be "investigating allegations" and has passed information to West Midlands Police who are keeping the matter under review but not actively investigating.

Meanwhile, writing in the Daily Telegraph, Boris Johnson, the Mayor of London, says that the children of extremist Muslim parents are in danger of becoming radicalised. He asserts this is a form of child abuse and that the social services should have the power to take such children into care.

He says that as a society we have become "squeamish" about intervening in the cultural norms of other communities, even when they are antisocial or dangerous.

"We need to be less phobic of intrusion into the ways of minority groups and less nervous of passing judgment on other cultures. We can have a great, glorious, polychromatic society, but we must be firm to the point of ruthlessness in opposing behaviour that undermines our values," wrote Mr Johnson.

Terry Sanderson, President of the National Secular Society, said: "Boris Johnson is right. We are permitting a whole generation of young Muslims to be exposed to fanatical and extremely dangerous ideas, not only at home but in schools and the hundreds of unregulated brainwashing centres called madrassas. The extremists are determined and well-organised and they are finding more and more ways to propagate their ideas through exploiting and abusing the freedom of our liberal and tolerant society."

Mr Sanderson said the Government seemed paralysed and incapable of even considering the risks of permitting the further proliferation of "faith schools" – particularly under the academy and free school model which is so easily exploited. "Such reluctance will ultimately pose a threat to the unity of the UK" said Mr Sanderson.