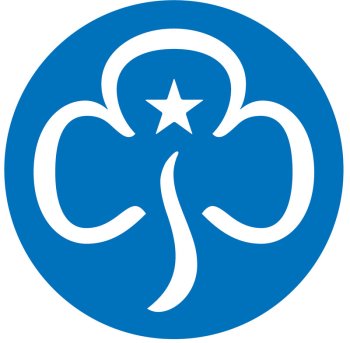 The Girlguides Association has given in to religious pressure and said that a religious preamble can be used in conjunction with its secular Promise, which came into effect last September.

The concession came after a Girlguide troop in Jesmond, near Newcastle, refused to accept the new secular promise. The compromise means the group has won a reprieve from being expelled from the organisation.

The 37th Newcastle Guide Unit meets in Jesmond Parish Church. The vicar of this church is Revd David Holloway, a conservative evangelical, who is a Council member of the Christian Institute which, in turn, has been highly critical of the Girl Guides decision to change their oath. The Christian Institute's offices are nearby.

Glynis Mackie – who is a solicitor – also has close links with the Christian Institute and provides them with legal advice.

The Guide group was originally given a deadline of 31 December to embrace the new oath. They – or, at least, Ms Mackie – declined to do so. Despite this, the GirlGuides Association has now lifted the threat of expulsion.

A spokesperson for the Guides said: "Girlguiding has taken on board the view of a minority of our members who struggle with the new wording and suggested those members can provide the context of their own belief if they wish before making our Promise.

"This suggestion ensures the wording of our Promise is unaltered and, rather than having an alternative, ensures we maintain our one Promise for all that celebrates shared values and embraces all beliefs".

The move was welcomed by the Church of England's Synod, which this week passed a resolution calling on the Girl Guides to change their recently introduced secular Promise to permit Christians to preface it with "In the presence of God I make my Guide Promise".

The resolution was proposed by Alison Ruoff, a conservative evangelical Christian. The original version had read:

"That this Synod believe that girls of all ages in the Girlguiding Movement should not suffer discrimination but be able to continue to promise to love God when enrolled rather than making a wholly secular promise".

(a) congratulate Girlguiding on its recent Centenary and applaud the work in helping girls and young women to take their place as full and responsible members of their communities;

(b) believe that girls and women of all ages in the Girlguiding Movement should be able to continue to promise to love God when enrolled; and

(c) commend the suggestion that, when a member chooses so to do, the Promise may be prefaced with the phrase "In the presence of God I make my Guide Promise".'

In a briefing paper to accompany her motion, Ms Ruoff wrote:

"Girl Guiding has always been a faith based organisation as begun by the Baden- Powells. Obviously at the time it was predominantly Christian but over the years has been extended to include girls of any faith. Why should this change and exclude a sense of spirituality? The new promise revolves around self. Muslim girls are quite content to say 'love my God'.

"From a wholly Christian perspective, how can a Christian girl or leader revert to the new promise? They are being forced to choose between faith and Girl guiding. It is also a wonderful opportunity for girls to hear about God and the Lord Jesus Christ when learning to understand what the Promise means. This then is a serious Gospel issue.

"The Scout movement have retained their 'old 'promise, to love God, as well as having a secular promise. Why therefore should the Guiding movement NOT be allowed to have choice? It is rank discrimination against the girls of this wonderful youth movement.

"Finally it could be seen as contributing to the further marginalisation of Christianity in this country which as Christians, it surely is our duty to resist."

She made clear that she was not calling for Girl Guide groups to be kicked out of church halls.

Terry Sanderson, president of the National Secular Society, said: "This compromise should calm the protestors. Let's hope the Church will now ease off in its condemnation and bear in mind that the Girlguides organisation does not belong to them and they shouldn't try to run it as though it does.

"The Guides may depend on church halls for its meetings, but that doesn't make it a Christian organisation. The Girl Guides is too important to too many young people for it to be bullied in this way by religious chauvinists. The Church of England would be first to complain if anyone tried to interfere in its decision-making".

"The Church of Ireland wishes to convey to Girlguiding Ulster and Girlguiding UK the high value it places on their work with children and also partnership between the Church and Guiding through the provision of premises, leadership and other support.

"However, we are deeply concerned that, as of 1September 2013, all new members and leaders will be expected to make a new promise: "To be true to myself and develop my beliefs", replacing the previous promise to "love my God".

"We regard the words in the promise "To be true to myself" as falling far short of Christian values and therefore cannot support this promise being used.

"We request that Girlguiding Ulster and Girlguiding UK, as soon as possible, provide its many children and leaders from a Christian background the option to make a promise to serve God.

"In addition, we request that no Church of Ireland based Guiding unit compel its new members to make this new promise containing the wording "to be true to myself".