Census shows Christians no longer a majority in New Zealand 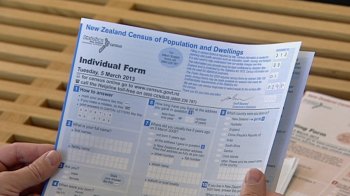 The results of the New Zealand census show a similar trend to that of the rest of the developed world – with religious adherence dropping dramatically.

Census 2013 figures released this week show four out of ten New Zealanders now declare themselves non-religious – a rise of 26% and a total of 1.6 million people.

Only 1.9 million people say they are affiliated to a church, down from more than 2 million in 2006.

Victoria University professor Paul Morris, who specialises in religious studies, said: "For the first time since 1901, Christians are not the clear majority the country. The question now is: are we any longer Christian country?"

As in other Western nations, Christianity is facing a generational problem, with its older devotees dying off and the younger generations showing little interest.

Most major churches saw a decline, but Pentecostal and smaller evangelical churches showed a small increase.

Anglican Bishop of Wellington Justin Duckworth admitted that his church was not connecting with younger people but he clung to the "they're spiritual but not religious" comfort blanket.

Archbishop John Dew, president of the Catholic Bishops' Conference, insisted Christianity was still a big part of New Zealand life. "Religion continues to be part of our make-up and identity as a nation."

But while Christianity may be dwindling, other religions, often linked with a rise in migrants, are flourishing.

Hinduism, Sikhism and Islam have all grown hugely. There are now 89,000 Hindus inNew Zealand, a rise of 16,000 since 2006. During the same period the New Zealand Indian population grew by about 50,000.

Prof Morris said what were once fringe religions in New Zealand were now, through migration, big enough to challenge established churches. "These migrant religious communities are active and growing and now represent a significant facet of our life."