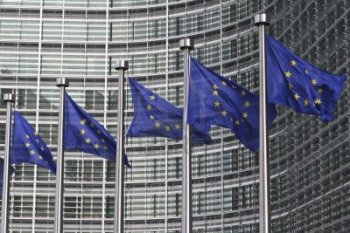 The National Secular Society was represented again at the annual luncheon designed to consult "non-confessional" organisations given by the three presidents of the EU .

The meeting is the counterpart to the annual meeting with religious leaders and is part of its mission to promote dialogue with philosophical and non-confessional organisations.

President Barroso had asked guests this year to focus on the necessity for European and national institutions to intensify their dialogue with citizens and societal organisations in order to rebuild trust. Prior to the luncheon hosts and the guests spent the two hours in the Commission's Cabinet Room discussing this topic.

Several contributions focused on youth and education, particularly Sonja Eggerickx of the International Humanist and Ethical Union. Sonja wanted the European ideal and Europe's role in our intellectual and cultural history to be taught in schools throughout the EU. Others focused on the dangerous and growing alienation of disaffected and unemployed youths. A French contribution was on the need for minimum wages throughout the EU.

NSS Executive Director Keith Porteous Wood said he believes Europe's human rights are the envy of the world, but they are becoming increasingly threatened, mainly from the orthodox religious.

He reminded the presidents about the recent opening in Brussels of an office by the Organisation of Islamic Cooperation, and to the OIC's record over the last decade seeking to inhibit freedom of expression internationally by repeatedly tabling defamation of religion resolutions in United Nations fora.

Was the opening of the office, which of course the OIC has every right to do, the first stage in opening up a new front against freedom of expression in Europe?

The Human rights theme was also taken up by the President of the European Humanist Federation (EHF), Pierre Galand: "We are deeply concerned by the growing far-right extremism in Europe. In many European Member States, populist groups have reinforced nationalism and strengthened racism, xenophobia and sometimes homophobia, during the last decade. These groups are harmful to the health of European democracies."