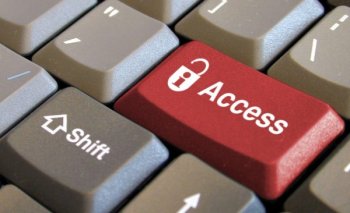 The National Secular Society has joined with over 70 other campaign groups, charities and press bodies in an effort to persuade Prime Minister David Cameron to drop proposals to restrict the Freedom of Information (FOI) Act.

The alliance of organisations says the proposals are not compatible with the Prime Minister's stated aim of making the UK "the most open and transparent government in the world".

In November 2012 the UK government announced that it was considering a series of proposals to make it easier for public authorities to refuse FOI requests on cost grounds. These proposals are still being considered.

The government says the changes are intended to address the "disproportionate burdens" caused by requesters who make "industrial use" of the FOI Act. But the 76 organisations say "the proposals would restrict access by all users, including those making occasional requests of modest scope".

FOI requests can be refused if the cost of finding the requested information exceeds certain limits. The government says it is considering reducing these limits, which would lead to many more requests being refused.

It is also proposing to allow more activities to be taken into account when calculating whether the limit has been reached. Instead of only counting the cost of finding and extracting the information, it also wants to include the cost of considering whether or not to release it. Other possible restrictions are also being considered.

The organisations say "Many requests of substantial public interest would be refused under these proposals regardless of the benefits of disclosure. They would have a severe effect on the operation of the FOI Act."

They continue: "We find it difficult to reconcile the ambition that the UK should be the world leader in openness with the government's proposals to restrict the FOI Act, which is a critical element of the UK's openness arrangements. Many requests of substantial public interest would be refused under these proposals regardless of the benefits of disclosure. We hope that the government will mark that commitment by announcing that it will not be bringing forward proposals to restrict the Act."