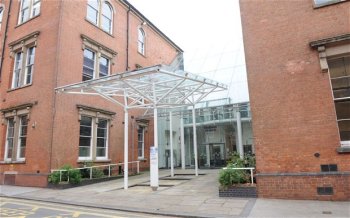 The Muslim free school at the centre of controversy over the past few weeks has been closed after school inspection body Ofsted raised "health and safety" concerns. The nature of the concerns are not clear but the school is also under investigation by the Department of Education and the Education Funding Agency.

The Al-Madinah school in Derby had been criticised in newspaper investigations for imposing strict Islamic rules on pupils, including separating boys and girls, treating girls as inferior, banning singing and the playing of stringed instruments as well as spending disproportionate amounts of time on prayers and Koranic studies.

Ofsted said it could not disclose its concerns until the inspection ended but it was thought to be so damning that the school decided it would have to "temporarily close" until it was finished.

In a statement on the school's website, the school's interim principal Stuart Wilson said: "Owing to a health and safety issue, I have taken the decision to close the school... until I am confident that all children are safe on site. As parents, you will be informed directly, and on the website, when you are able to send your children back to school... Assuring you that we have your children's best interests at heart."

In the past couple of weeks members of staff who have left the school have been telling journalists that women teachers were forced to wear the hijab in the school, even if they weren't Muslim.

The school's first head teacher, Andrew Cutts-Mckay, left the school after less than a year in the job.

In a statement, the Department for Education said it was already investigating the school before the allegations became public. It said: ''We discussed the problems with Ofsted and it launched an immediate inspection. We are waiting for Ofsted's final report and considering all legal options."

Terry Sanderson, President of the National Secular Society, said: "It is too soon to know what is really happening here but we suspect it is more than a simple health and safety issue. Despite the personal embarrassment this will cause Michael Gove, we hope he has the courage to force radical changes on this school.

"If half of the stories that have been appearing in the press are true, schools like Al-Madinah have no place in the British education system. If it has fallen under the control of people who have an agenda that does not accord with the values of the British education system, then they should be removed immediately and replaced by those with a more balanced approach."

Mr Sanderson said the new free school system was proving a minefield when religious groups became involved. "The freedom these schools have is being exploited and abused by some religious groups and we suspect there are many that are not honouring the agreement they made when they were first approved. Using schools for proselytising and evangelism became much easier with the free school system."

Free schools are state funded but operate outside local education authority control and can be set up by parents and community groups in England. Interventions can only come from the Department of Education and Ofsted, the local authority has no influence or control over them as they do in community schools.

Al-Madinah was set up with a £1.4 million grant from the Government funding agency and was expecting more to pay for improvements and building works. It is based in a building that was originally intended as an office block.

See also: Former teacher at Al-Madinah tells of rise in extremism at the school