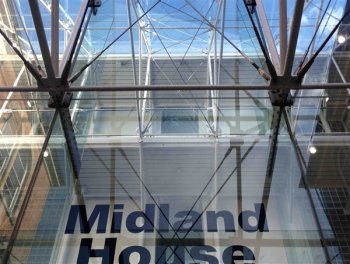 More revelations have been revealed by The Sunday Times about the Al-Madinah school in Derby — Britain's first Muslim free school.

As previously reported, concerns have been raised that female staff are being forced to wear head coverings, even if they aren't Muslim. However, it has now emerged that lessons are routinely scrapped to make way for prayers, that singing is banned and children are prevented from reading fairy stories (because witches are un-Islamic). It has also been alleged that the original head teacher and his deputy were "bullied" out of their jobs.

Andrew Cutts-McKay resigned from his role as head teacher in August. His deputy, Suzanne Southerland, had already resigned in June. Both are understood to have been side-lined by members of the school's trust, who are predominantly Muslim. The school strongly denies the allegations.

The Sunday Times said that its sources had revealed that since it opened, the school had become extremely religious. Girls are made to sit at the back of classrooms away from boys and some teachers claim that during Ramadan lessons are sacrificed to prayer sessions. Teachers claim the children's education is suffering.

One anonymous staff member told the paper: "They have three prayers every day, an hour of Koranic studies and an hour of Islamic studies as well as Arabic. They are not following the national curriculum, there isn't enough time."

Hard-line Islamism seems to be the ethos of the school with a strict dress code, a ban on stringed instruments and on singing.

The whistle-blowing staff member said: "When teaching children the alphabet, you could not associate the letter 'p' with pig. We couldn't teach fairy tales to children nor play them any ordinary music. Any music played has to be Islamic-related. We are not allowed to have guitars on site because stringed instruments are forbidden in Islam. And children are also forbidden to sing unless the singing is to do with Islamic faith songs. Everything that teachers want to teach children has to be approved by Islamic scholars on site."

The source also revealed that girls always had to give way to the boys, even on social occasions: "On a school trip to Drayton Manor Park zoo girls queued up for all the rides, only to have to cede their places to boys and male teachers when they got to the front of the queue."

Another staff member said that lunch and break times had been extended to give more time for prayer.

The school issued a statement rejecting the claims. "Al-Madinah is a pioneering school, the first of its type in the whole country, and not everyone wants it to succeed. Unfortunately politics have been allowed to interfere with education."

Sources close to Cutts-McKay and Southerland told The Sunday Times that the two former school leaders, who are not Muslim, had made official complaints alleging bullying to the Department for Education. Other teachers have raised concerns about the way the school is being run and about employment contracts.

The revelation comes as the DfE continues its investigation into the school's financial management, which was expected to report last week. The department said the report would be "issued in due course".

Cutts-McKay's attempts to stop the alleged bullying against Southerland by the trust's members — which reportedly went on for at least two months — eventually led to him resigning for the same reasons. He has since accepted a post as head teacher at another free school.

The trust has refused to comment but Stuart Wilson, the interim head teacher at al-Madinah who began his job on September 5, defended the school against charges of bulling. He said there was nothing in staff contracts requiring women to wear the hijab or a headscarf. However, he added: "The expectation for female staff, raised in adverts and interviews, is that the head is covered while on site. To date, no complaint has been raised with the governing body relating to female staff wearing the hijab or headscarf."

The Sunday Times has discovered that more than a dozen other applications to convert private Islamic schools into state-funded free schools have been vetoed by the DfE.

It has asked the schools inspectorate, Ofsted, to conduct about 20 emergency inspections over the last few years into private Islamic schools, some of which require girls as young as 11 to wear burqas.

Sources within Ofsted said inspectors had grave concerns about some of the schooling they had seen.

A Department for Education spokesman told the Sunday Times: "These allegations are very worrying. The DfE will not hesitate to take whatever action is necessary to prevent religious intolerance or any breaking of the rules for free schools."

Terry Sanderson. President of the National Secular Society, said: "I really don't know what it will take for the Department for Education to admit that extreme religious interests are taking full advantage of the free school system.

"Maybe the people who are running these schools consider it normal to endanger children's education by putting so much emphasis on religion, but the rest of us are very worried. These schools are literally free to do as they please, and religious extremists exploit that freedom to the limit. And all at the taxpayers' expense.

"For the sake of the children, Ofsted must deal with this school — and all the others that have fallen into the hands of dubious religious interests — and quickly. Unfortunately, there is no political will to do anything other than make the situation worse by handing over more and more schools to people who say one thing at the approval stage and then do something entirely different when the school opens."

See also: Teacher forced out of Al-Madinah school because she wouldn't wear hijab