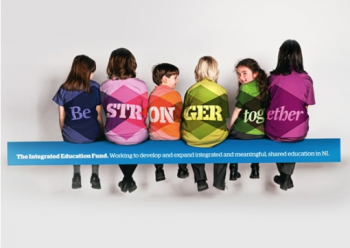 An examination of official statistics on the number of places available in Northern Ireland's schools indicates that the popularity of Catholic Education is falling fast while the call for integrated schools is rising.

The Belfast Telegraph has looked at the numbers using figures provided by the five education boards in the province.

They showed that although the grammar schools and integrated schools have no empty desks, 47 Catholic maintained schools fell below their approved enrolment, meaning there are almost 7,000 vacant desks in the sector — the equivalent of 12 empty schools.

Catholic maintained schools due to close next month include St Gemma's High in Belfast, which had just 110 pupils, or 320 empty desks, and St Eugene's in Roslea with 134 pupils (166 empty desks).

Meanwhile, the call for integrated education is rising. The Northern Ireland Council for Integrated Education defines these schools as educating together "children from both protestant and catholic traditions, as well as those of other faiths and none, in an inclusive, welcoming and aspiring environment."

A recent opinion poll showed overwhelming support for this idea. At present, only 7% of Northern Ireland's children are educated in the 20 integrated schools that have been already established.

The main findings of the poll were:

But the Catholic Church is not so keen and often puts obstacles in the way of establishing such schools. In his recent visit to Northern Ireland, President Obama made a point of criticising "single faith schools" as a cause of division. His comments brought an immediate and intemperate reaction from Catholics.

Bishop McKeown, who chairs the Northern Ireland Commission for Catholic Education, said: "As for the Obama speech — and the language implied by the poll — it is very passé to work on the basis of the hackneyed 'Protestant v Catholic' caricature. Some 15 years ago, the Good Friday Agreement showed that the core problem in Northern Ireland was a political one, not religious one."