Gove under pressure to give CofE more power over schools 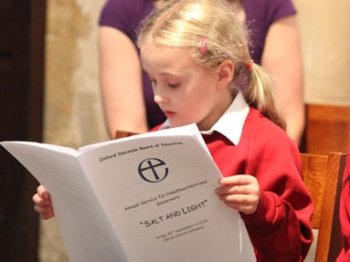 The Education Secretary, Michael Gove, is to meet bishops from every Church of England diocese to discuss the "special relationship" the Government has with the Church over its participation in education.

The announcement of the meeting, to be held at Lambeth Palace on 3 July, comes after the Bishop of Oxford, John Pritchard – who is the chairman of the CofE's Board of Education – told a private conference in London that the settlement reached between state and church over provision of education, which has been in place since 1944, is now "bust".

"It is dead. It is not coming back," he told the conference, organised by the Board of Education's legal advisers, Lee Bolton Monier-Williams, and attended by representatives of diocesan education boards and other educationists.

The Bishops said the state-church "partnership" was under pressure from the demand for minority faith schools and from the creation of academies or free schools which were open to competing interests – some of them commercial.

The Church Times says that the bishop's "straight talking" was aimed at focusing minds on the C of E's future role in a multi-system approach to schooling. Although the range of providers was growing, with newcomers ranging from local backers of one-off free schools – including many other religious groups – to professional academy chains operating nationally, the C of E was still the largest provider of schools after the Government with just under 5,000 schools, including more than 300 academies. "We have the national coverage and a network of expertise," Bishop Pritchard said.

But the Gove reforms have significantly expanded the task of school providers, making them directly responsible for standards. This responsibility had formerly been shouldered by local authorities, but these had been deprived of their resources by central Government.

As a result, community as well as church schools were seeking help from dioceses, which were now being seen as a local focus of support. "We are increasingly sharing expertise through multi-academy trusts and less formal collaboration projects. Both might include academies, voluntary aided, voluntary controlled, and community schools," Bishop Pritchard said.

"The Government will not accept mediocre standards; so we have to develop a culture of delivery," he said. This meant "tooling up", recruiting skilled staff on a diocesan or regional basis, a move that had considerable financial implications.

Here again, Bishop Pritchard spoke aloud what his audience was thinking: who was going to pay? "We have to convince my fellow bishops to reconsider the balance between the funds going to parishes and what is needed for our schools."

Keith Porteous Wood, executive director of the National Secular Society, said: "This move to surreptitiously bring the education system, including community schools, under religious control will lead to the further alienation of school children who are from non-religious or religiously unconcerned families. Despite now being the majority, they are becoming increasingly disadvantaged in admissions and by the growing religionisation of publicly funded schools. The move is also motivated by the Church of England's desperation to give itself a new reason for existing, given that so few young people attend Church is precipitating an unsustainable decline in attendance.

"The tragedy is that once schools have been taken over by religious interests, it will be almost impossible to ever bring them back under community control."