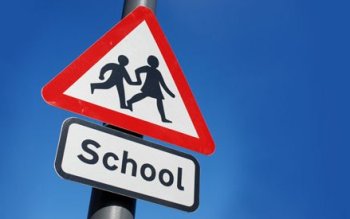 A non-religiously designated academy in Solihull that planned to give priority in admissions to pupils from two religiously selective 'faith' schools has revised its decision.

Tudor Grange Academy had planned to give priority to children at Tudor Grange Primary Academy St James and St Alphege CofE Junior School. Both schools have criteria favouring in their admission arrangements pupils whose parents attend Church of England services.

The school say "a large number" of local residents came out against the proposals during a recent consultation.

Under new admissions arrangements published as part of its Summary Report on Admissions Determination, pupils of St Alphege will no longer be prioritised. Pupils attending Tudor Grange Primary Academy St James will still be prioritised, but the school has now launched its own consultation on proposals which include the removal of its faith criteria for admissions.

As the executive principal of Tudor Grange Academy is also a trustee of the Diocese of Birmingham Educational Trust, some local parents also expressed concern that the academy may seek to take on a religious designation in the future.

Responding directly to parent's fears that Tudor Grange would become a faith school, the school said in the Report; "It is very difficult to counter this fear. All we can do is demonstrate that this fear is not justified in our final decision about proposed admission arrangements. We have no plans to make Tudor Grange Academy Solihull a faith school." However, the school also went on to say: "We are affiliated to the Diocese of Birmingham and have very similar values."

Stephen Evans, campaigns manager at the National Secular Society, said: "It appears the school has taken seriously our concerns over the legality of giving preferential treatment to certain children on the basis of their parents' religion or belief. However, even if the faith-based admissions criteria are removed from St James, this will not filter through to pupils leaving St James and starting secondary school until 2021. This means that the Tudor Grange Academy admissions policy will still unfairly prioritise pupils on religious grounds for some time to come. We therefore doubt that the new policy is compliant with the School Admissions Code or the relevant law relating to admissions."

The National Secular Society said it will now consider making a formal complaint to the Office of the Schools Adjudicator.