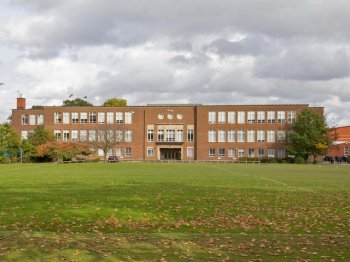 Residents of Solihull have reacted angrily to a non-religiously designated academy's proposals to give priority in admissions to pupils from two religiously selective 'faith' schools.

Tudor Grange Academy is consulting on proposals to give priority to children at Tudor Grange Primary Academy, St James and St Alphege CofE Junior School. Both schools have criteria favouring in their admission arrangements pupils whose parents attend Church of England services.

Parents are also furious that the proposal reneges on a promise that there would be no change to admission arrangements when the former community school converted to academy status in 2010.

The consultation document (PDF) states that the academy believes that it is appropriate to reflect its 'partnerships' with Tudor Grange Primary Academy St James and St Alphege Infant and Junior Schools by offering priority to children in these two schools above those living in the catchment area.

Tudor Grange Academy formed links with the Diocese of Birmingham after the Diocese approached them to take over management of St James Shirley (now Tudor Grange Primary Academy, St James), a school that had been threatened with closure.

As the executive principal of Tudor Grange Academy is also trustee of the Diocese of Birmingham Educational Trust, some local parents have expressed concern about a possible conflict of interest. The Trust's charitable objects include "establishing and maintaining Academies (primarily but not exclusively Church of England Academies) under the direction of the Diocesan Board of Education". Some parents fear that the academy may seek to take on a religious designation in the future.

Concerns were further raised when a letter from the British Humanist Association to the non-religiously designated academy's executive principle was replied to by Birmingham diocesan director of education.

The National secular Society has written to the academy to advise them that our legal advice is that the proposals are likely to result in local children being disadvantaged on grounds of religion and belief and that as such, the proposal is likely be both a breach of the admissions code and unlawful. The NSS has also raised the issue with the Department for Education.

Stephen Evans, campaigns manager at the National Secular Society, said: "Unfortunately this is another example of the growing and increasingly surreptious incursion of religion into publicly-funded education.

"We very much share the concern of local parents and call on the academy to reconsider this damaging proposal. The desire to give preferential treatment to certain children on the basis of their parents' religion or belief serves to highlight the Church's pernicious influence on self-governing academies that are no longer answerable to the local authority.

"It is also another example of the potential for indirect discrimination that can occur when 'faith' schools become feeder schools to schools that do not have a religious designation".

The controversial plans are being opposed by Solihull MBC and public council meeting to discuss the plans is being held on Monday 11th February. Local parents have launched a Facebook campaign group and a petition to block the proposal, which has already attracted over 600 signatures.

Below: Local pupils explain Tudor Grange Academy's outrageous plan to give priority in admissions to pupils from two 'faith' schools – and the campaign to stop it.