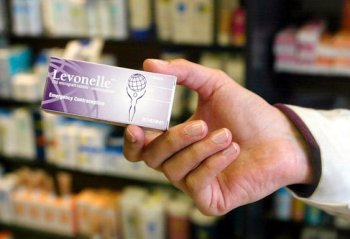 "Conscience clauses" that permit religious pharmacists to refuse to dispense emergency contraception or the "morning after" pill are unsatisfactory and should be dropped, say experts.

Writing in the Journal of Medical Ethics, academics from the University of Hertfordshire and the Royal College of Surgeons in Ireland, said that in the UK pharmacists have been able to give women the morning after pill without prescription since 2001 (2011 in the Republic of Ireland).

But there have been a growing number of cases of women being refused the medication — even when prescribed by a doctor — on the grounds of the pharmacists supposed religious conscience.

These refusals to supply are permitted under the codes of conduct of the pharmaceutical regulatory bodies – so long as the pharmacist refers the patient to someone else who is prepared to fulfil the prescription or dispense the contraception.

The authors of the article say that the status quo is "not satisfactory" to either conscientious objectors or to those who must regulate them.

They said that pharmacists who objected to supplying the pill "have allowed themselves to be convinced that referral to another willing supplier is ethically any different from supply" and that regulators have created a "pass the buck system".

The article goes on:

"Either the General Pharmaceutical Council's and Pharmaceutical Society of Ireland must compel all pharmacists to dispense emergency contraception to all patients meeting the clinical criteria who request it regardless of their own moral or religious objections, or the pharmacist must refuse both to supply EHC and to refer the patient to an alternative supplier and confront the possible consequence of a complaint against them for poor professional performance or professional misconduct.

"The alternative is to remain locked in the current cycles of mutual cognitive dissonance wherein the objectors convince themselves that referral does not constitute supply and the regulators do not place themselves in the position of having to deal with a vocal religious minority of whom they are terrified.

"As it stands, neither side wants the high-hanging grapes as they will be sour anyway."

Keith Porteous Wood, executive director of the National Secular Society, said: "We have approached the General Pharmaceutical Council (GPhC) to try to get them to reconsider this disgraceful opt-out, but there seems little inclination on their part to move. Every time a woman faces the humiliating trial of being refused contraception in a chemists shop we try again, but we fear the GPhC may be afraid of the religious controversy that would inevitably follow if pharmacists were compelled to do their job in its entirety."