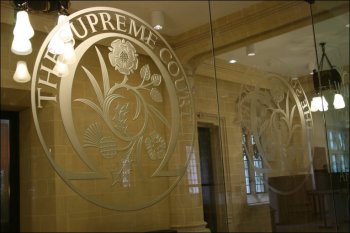 The Supreme Court has this week refused to hear a case from the Catholic Church that it could not be held responsible for abuse committed by one of its priests because he was not an 'employee'. This means the Catholic Church can now be financially liable for child abuse by priests working under its control.

The case arose when a Portsmouth woman brought a civil action against the Church after claiming she was abused by a priest at a children's home run by the Church.

The woman, identified in court as Miss E, was seven years old when she was admitted to the Firs Children' Home in 1970. She alleges she was sexually abused by Father Wilfred Baldwin, a priest of the Roman Catholic Diocese of Portsmouth, who died in 2006.

In November 2011, High Court judge Mr Justice Alistair MacDuffs ruled that the church is legally responsible for sexual abuse committed by its priests. This week's ruling by the Supreme Court has now confirmed that decision.

Peter Furlough, who represents the lawyers of the Waterlooville victim, said it was a landmark case that could not be challenged in Europe– and one that would have international ramifications for the Catholic Church.

He told The Portsmouth News: "The Supreme Court has refused the Catholic Church permission to make further appeals to it. Therefore the Catholic Churches' case is lost. That's to say they are responsible for the misbehaviour of their priests.

"The Catholic Church were looking to use a loophole. They were arguing that because priests are technically self-employed the church could not be held responsible for their misbehaviour. The Supreme Court was having none of it."

Because the point of the law has now been settled, it means that other cases of alleged abuse by Father Baldwin can be heard. Mr Furlough said there were known to be several 'local' victims.

He added: "It's not possible for the church to go toEurope. The Supreme court has refused even to hear it. Therefore the case stops there and can't go any further."

He said the ruling would have an impact across the globe in similar cases.

Keith Porteous Wood, executive director of the National Secular Society, said: "It is hard to exaggerate the importance of this case: it will almost certainly become an international precedent opening the door to financial liability against the Church for at least tens of thousands of victims of abuse worldwide.

"Evidence abounds of the shameless lengths to which the Church has stooped for decades to evade financial responsibility for widespread abuse of children in its care. To have fought to evade liability for admitted abuse is both morally repugnant and a continuing blatant breach of the Church's obligations under the UN Convention on the Rights of the Child."