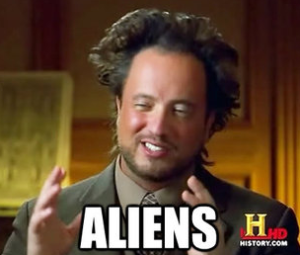 A recent survey carried out by Opinion Matters for the makers of the new video game 'XCOM: Enemy Unknown' found that more people believe in aliens from other planets than believe in God. The survey of 1,359 UK adults found: