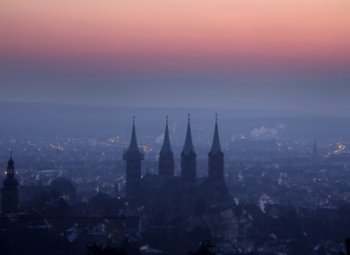 Germany's top administrative court has supported last week's decree from the country's Catholic bishops that Catholics who opt out of paying religious taxes must automatically leave the church as well.

The court's verdict on Wednesday is a victory for the Church, which has waged a protracted fight against a challenge from theologian Hartmut Zapp, who said that he did not want to pay the tax but wanted to remain a Catholic. Now judges at the Federal Administrative Court in Leipzig ruled against Mr Zapp.

Zapp argued that under Catholic doctrine, membership in the Church was determined by a person's beliefs and not by a financial relationship. The court, however, disagreed and said that those who voluntarily left the Church were no longer members of the Church in the eyes of the State, regardless of their motives for leaving the faith.

This verdict will come as a relief the Church which was reduced last week to reminding defectors that if they don't pay the church tax, they will be totally excluded from all church activities – including from jobs in schools and hospitals that the Church controls (using public money).

The bishops' decree said that opting out of paying the church tax – amounting to 8 or 9% of their tax bill – is a "serious lapse" and those who refuse to pay will thenceforth be excluded from all church activities, including receiving the sacraments and religious burials. Given that the Church also runs a huge proportion of the publicly-funded social services and education system – including hospitals, care homes, kindergartens, nursing homes, day centres and sheltered workshops – many people will be forced to stay in the Church against their will or risk losing their livelihood.

The concordat that the Vatican signed with Hitler is still in effect and gives the Church huge powers to exempt itself from employment discrimination laws (and much other regulatory legislation).

The average annual number of defectors from the church has been around120,000, but two years ago it shot up to 181,193 after the exposure of decades of child abuse by priests which had been shamelessly covered up by the Church authorities.

The Vatican-approved decree "makes clear that one cannot partly leave the Church. It is not possible to separate the spiritual community of the Church from the institutional Church."

Catholics who leave can no longer receive sacraments, except for a special blessing before death, the decree states. They cannot work in the church or its institutions, such as schools and hospitals, or be active in church-sponsored associations such as charity groups or choirs. They cannot be godparents for Catholic children and must get a bishop's permission to marry a Catholic in a church ceremony. "If the person who left the Church shows no sign of repentance before death, a religious burial can be refused," it added.

The bishops' conference said local pastors would invite all leavers to meet to discuss their reasons for quitting, explain the consequences for them and then pressurise them into rejoining the church and resuming their contributions. The decree is careful to avoid using the world "excommunication" although what is proposed is equivalent to being thrown out of the Church entirely.

The reformist Catholic group We are Church — which represents tens of thousands of grassroots Catholics — said the bishops' decision to freeze believers out if they don't pay up was "the wrong signal at the wrong time."

"Instead of seeking to understand the reasons for the high number of people leaving the church, this decree by the bishops represents a threat to the church's members," it said.

The group said many German Catholics choose not to pay religious taxes because they disagree with the Church's actions, not because they have lost their faith. It said the decision undermined the bishops' own efforts to regain credibility among believers who have become disenchanted by the fact that for decades the Catholic Church covered up child abuse by priests.

Germany's Protestant churches have also seen a steady exodus in recent decades as members — who become registered at baptism — leave because they no longer believe, they disagree with some policy or they want to save several hundred euros in church tax.