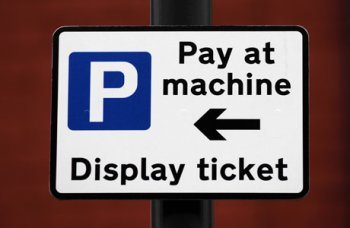 The council narrowly voted in favour of retaining their policy despite a challenge from the National Secular Society which pointed out that offering such concessions was likely to be illegal under the Equality Act 2010.

In response to the challenge, Woking Borough Council sought legal advice which supported the view that the policy was likely to be in contravention of equality legislation. The Council subsequently commissioned an equality impact assessment which reported back with options they could use to ensure it was not committing unlawful discrimination.

The Council now say they will welcome applications from other faith groups – but as the non-religious remain disadvantaged, the policy is still likely to be in breach of equality law.

An alternative motion put forward by the council's Liberal Democrats to extend the free parking on Sundays to all residents of Woking between 7am and 1pm was not upheld.

Cllr Denzil Coulson, leader of the Woking Liberal group, said: "We strongly believe that Woking residents of all faiths or none are entitled to benefit from free parking. We felt it would have been fairer to spend £156,000 to help all 96,000 residents on a Sunday rather than spending £40,560 for just 345 cars belonging to one particular faith group.

"Not only would this have been a fairer approach, it would have helped to stimulate economic activity in the town on a Sunday."

The council's decision has also been questioned by local residents. One resident told the local media: "It's still breaking the law, as far as I can see. They've put a 'band aid' over the problem. They are still discriminating against non-churchgoers."

A Freedom of Information request to Woking Borough Council in 2011 revealed that preferential parking concessions for people going to church saved worshippers £55,864 between 1 January 2009 and 30 June 2011.

The National Secular Society is taking legal advice as to how best to proceed. The Society's President said: "The Council's arguments for continuing with this discriminatory policy are full of holes. We are now seeking legal advice on how best to challenge it. We are aware that there are other councils around the country that have similar policies and it is important that this is clarified."