‘Multicultural college’ sacked principal for "being a white Christian" 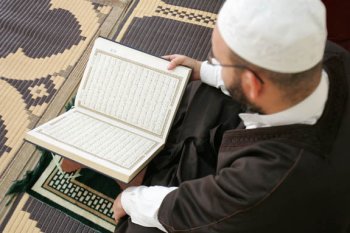 A Dundee college that claims to promote multiculturalism has been accused by its former principal of sacking him because he is a white Christian.

Professor Malory Nye has taken Dundee's Al Maktoum College of Higher Education to an employment tribunal after he was suspended from his £67,000 a year job last June. Professor Nye, who has worked at the college for eight years, claims he was dismissed to make way for an Arabic Muslim.

His suspension came just days after he changed the name of the organisation from its original title of the Al Maktoum Institute for Arabic and Islamic studies.

Prof Nye said that he was given instructions by the board of directors that his aim should be to turn the institution into a university college with degree-awarding powers of its own. He is claiming unfair dismissal against the college on the grounds of racial and religious discrimination and insists he has no idea what the grounds for his sacking were.

In his evidence, he said that towards the end of his tenure as principal, the chair of the college's board of directors, Mirza al Sayegh, increasingly declined to communicate directly with him. Instead, he alleges that Mr al Sayegh, private secretary to Sheikh Hamdan Bin Rashid Al-Maktoum, deputy ruler ofDubaiand patron of the institute, preferred to communicate with its Libyan director of operations, Abubaker G Abubaker, than speak to him directly.

Prof Nye said: "I never dreamed that what happened would ever happen. I was in the role of principal but I would say it was 50/50 whether Mr al Sayegh would communicate with Mr Abubaker or with me. This was because Mr Abubaker spoke Arabic and – I don't like to say this – because he was an Arab and a Muslim as well.

"I don't speak Arabic. I have tried to learn, but there is no requirement in my job description for me to speak Arabic. I was a figurehead. I was there to make it look like [the college] had a multicultural approach, that there was diversity. A person from a non-Arab, non-Muslim background demonstrated diversity. They also wanted to make use of my skills as a manager and my reputation as an academic."

Prof Nye said in the months leading up to his suspension, his relationship with Mr Abubaker became increasingly strained over the future strategic direction of the college and deficits in the budget.

He said: "Mr Abubaker complained about what he saw as mismanagement of the institution. I knew nothing of his concerns, even though he said he had discussed them with me many times."