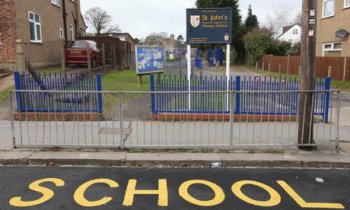 Cheshire East is the latest council to axe free or subsidised transport to faith schools.

The council took the decision despite fierce opposition from Catholic families who said they were being discriminated against. The proposal was part of a strategy to save taxpayers £1.5million from a £9.9million free or subsidised school transport bill. Under the proposals low income families will continue to receive free transport.

Council leader Wesley Fitzgerald said: "Why should parents who choose to send their children to faith schools be supported, when other parents do not receive the same support for sending their children to a school that specialises in, say, maths or music, outside of their immediate catchment area?

"This is an unfair subsidy and we must divert any available funds where they are desperately needed – supporting vulnerable adults and young people who need our support more than ever in these times of economic austerity."

Clr Hilda Gaddum, Cabinet member for children and families, added: "I believe that we made the only decision available to us – to prioritise services that are statutory and make changes to policies that are by no means fair and good value for taxpayers."

Similar proposals by Leicestershire County Council to withdraw subsidies for transport to and from faith schools were shelved at the last minute this week following a storm of protest from parents with children at faith schools.

Council officers had advised the council's ruling cabinet to approve the plans and Lesley Pendleton, council transport spokesman, had previously stated: "In the past, we have been able to be generous. However, we are having to make some tough decisions and review what discretion we are able to offer."

Councillors inLeicesterare looking to cut more than £1 million from its annual £9 million budget for mainstream school travel. Council leader David Parsons said the authority would now have to make cuts elsewhere in as a result of the u-turn, but said it was not yet clear where the axe would fall.

Meanwhile, Birmingham City Council has begun the second stage of its consultation on home to school transport. Council bosses are proposing to cut funding of transport to faith schools which the authority says is currently above legal requirements and "more than generous".

A majority of respondents to the first stage of the consultation were in favour of ending support to faith schools.

Stephen Evans, Campaigns Manager at the National Secular Society, said: "If families want to send their children to a more distant school because it has an ethos that matches their own religious beliefs then that is their prerogative. It is however unfair to expect the general taxpayer to stump up the cash for their decision.

"We've been challenging the blatant religious discrimination in this area for some time, so we're encouraged that many local authorities are now finding favour with our arguments."

In 2011 an attempt by the National Secular Society to make discrimination in school transport on the grounds of religion and belief unlawful was resisted by the Government.