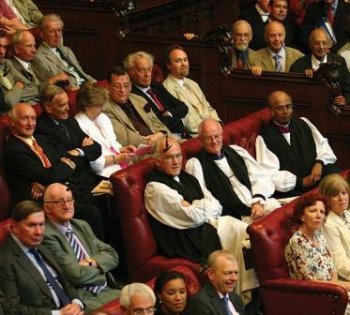 The suggestion from the House of Lords Reform Committee that representatives from "all major faiths" should be appointed to a reformed second chamber will not create the intended diversity but risks turning the Upper House into a religious battleground, says the National Secular Society.

The report also recommends that the Bench of Bishops remains, albeit reduced from 26 to 12.

Terry Sanderson, the President of the National Secular Society, said:

"Appointing "faith leaders" simply because they are faith leaders and not because they have any particularly useful or relevant skills is plain wrong. The idea that they are representative of any significant number of people is also a fallacy. They are all men, they are generally highly conservative in their approach to social morality and are completely out of step with society as a whole. Why on earth are they being invited to participate in our lawmaking?"

He added: "It is tragic that these proposed reforms are so lacking in courage. Instead of having the guts to make the radical changes that are necessary to bring Britain into the 21st century, the Committee simply undermines the democratic intent by leaving 20% of places for appointees. This surely completely defeats the purpose."

Mr Sanderson said although the number of bishops is being reduced, in actual fact the proportion of seats they occupy in the Lords will increase as the overall number of seats is cut. "Their continued presence in the Lords appears to be simply because the Church of England wants it. Many others spoke out against their retention during the Committee's inquiry, but the Government says it wants the Bishops to remain 'given where we start from'. It also wants representatives of other religions because – well, other religions want representatives."

"The potential for conflict when only 'major religions' are invited to sit in the House of Lords while smaller, but no less assertive, faiths are left out will lead to resentment. We see from what is happening in society as a whole how easily religions come into conflict with each other. Do we really want to invite this into parliament?"

Mr Sanderson said: "The time has surely come for Britain, with its huge diversity of religions, to have the courage to become a secular state, one where everyone can be included regardless of their religion – or, increasingly, lack of it. The Committee's proposals will favour some above others and bring into our legislation religious demands that are out of step with the nation.

"We now hope that these reforms will be put on hold until such time as the Government has the courage to embrace genuine democracy and not this compromised nonsense."

Read about our House of Lords reform campaign and submission to the consultation. 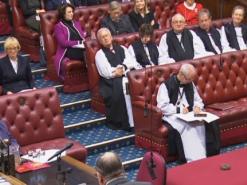 Bishops’ place in Lords must be reviewed, say MPs

A committee of MPs has said the number of bishops in the House of Lords should be reviewed as part of proposals for Lords reform. 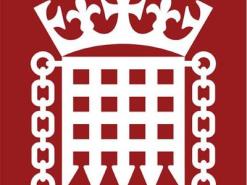 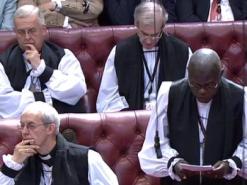 Newly-published proposals to reform the House of Lords would see Church of England bishops given more power. 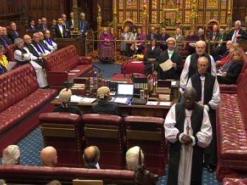 The National Secular Society has recommended the removal of the Bishops' Bench to a parliamentary inquiry into how to reduce the size of the...

So, the prospect of gay marriage took a mighty leap forward in the House of Lords this week as the intended "wrecking amendment" was itself wrecked by a steamrolling 242 majority against.

The Labour MP Frank Field (right) has called on the Archbishop of Canterbury to hand over some of the seats that the Church of England bishops occupy in the House of Lords to representatives...

Bishops in the House of Lords – too political or not political enough?