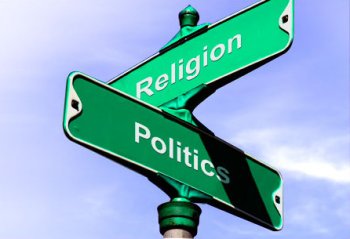 Results of a poll carried out by Ipsos MORI for the Richard Dawkins Foundation for Reason and Science (UK) show that UK Christians are overwhelmingly secular in their attitudes on a wide range of issues.

The study also reveals that Christianity has become a minority activity and even those who define themselves in the Census as Christian have very little attachment to or desire to practise their claimed faith.

The poll contradicts claims that Britain is "a Christian country".

The Church of England point out whenever they have the opportunity that 72% of people ticked the "Christian" box in the 2001 census but this new research confirms that this figure is meaningless.

As many as half (50%) of do not think of themselves as religious and less than a third (30%) claim to have strong religious beliefs.

The poll revealed that, on balance, significantly more Christians:

The current law in England and Wales requiring state schools to hold a daily act of broadly Christian worship is not strongly supported either, with almost as many Christians opposing to it (36%) as in favour (39%).

"These findings show the compete fallacy of recent claims by both bishops and Secretary of State for Communities, Eric Pickles MP that "we are a Christian country" in anything but a constitutional sense.

"They also confirm that church leaders are significantly misrepresenting the views of their followers in the very areas where the leaders seek the hardest to influence Government policy.

"The more the Government heeds the bench of bishops and other religious leaders on key ethical issues, the more democracy is undermined. Politicians should also take careful note that "Eight out of ten (78%) say Christianity would have no, or not very much, influence on how they vote in General Elections".

"Britain is a secular society, with secular, humane values. There is overwhelming support for these values, even among those who think of themselves as Christian. Just as importantly, there is also deep opposition to the state promoting religion in our society. When even Christians overwhelmingly oppose the intermingling of religion and state policy, it is clearly time for the government to stop 'doing God'."

We are grateful to the Foundation for commissioning this information that exposes myths which the establishment has been rather too keen to foster.

The full findings can be found on the Richard Dawkins Foundation website.