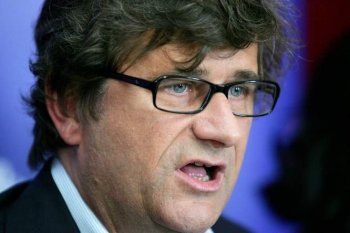 The Catholic Church in Poland was shaken to its foundations in October last year, when one in ten Poles who voted in the general election cast their vote for the anti-clerical Palikot Movement.

The Palikot party – named after its founder Janusz Palikot - now has forty seats in the 460-seat parliament.

The Palikots' first demand was for the removal of a crucifix from the main chamber of Poland's Sejm (Parliament). The party also seeks to end tax exemptions for priests, religion classes and crucifixes in public schools, and all state subsidies for churches. It favours the legalisation of marijuana and same-sex civil unions.

Among the Palikot members seen during the nationally televised swearing-in of parliament on 8 November were a transsexual woman and a gay man. The party particularly appeals to young Poles – a third of those who voted for it are under 25.

"Major parties and the Catholic church never want to discuss changing attitudes on gays, abortion and legalising marijuana," said Magda Koralewska, 29, a graphic computer designer who campaigned for Palikot. "The Palikot party is confronting all these issues head on. That's why I decided it's the party for me."

Much of the Palikot's appeal comes from revulsion at the Catholic Church's drift to the right and the disproportionate – and reactionary - influence it has on politics.

The church recently silenced Marian Fr. Adam Boniecki, a priest who made conciliatory comments about the Palikot party and its position regarding the crucifix in parliament. The Congregation of Marian Fathers directed him not to speak publicly about either subject.

Boniecki responded on 3 November during a television interview on TVN, a 24-hour cable network, saying, "Discussion of these subjects is very much needed. It is needed by the church because the church has to realise that outside its circle of friends and people within the church society, there are quite a large number of people who are highly critical of the church. Discussion can resolve a lot of confusion about what the church does."

Critics say that the flamboyant founder of the movement, Janusz Palikot, is an attention-seeking self-promoter. He is a millionaire and often engages in stunts that some find offensive. But even so, many see the movement as an essential critic of the church. The major political parties are reluctant to discuss the giving of catechism lessons in public schools, and taxpayers' money being used to subsidise church pension funds.

"The nation's poor are not getting the government support because the money is going to the church," said Michal Kabacinski, 23, a Palikot parliament member. Kabacinski, the youngest member of parliament, also said the presence of a crucifix in parliament was a violation of the constitution, which is neutral on religion.