Mosques out of step with needs of young Muslims, says prison advisor 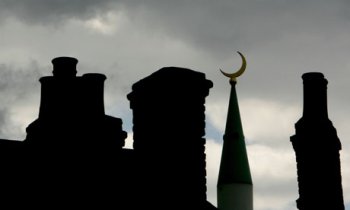 Young Muslim men are turning away from religion in their droves because of the old-fashioned attitudes in Britain's mosques, according to the Prison Service's Muslim advisor.

Ahtsham Ali said it was one of the reasons why a growing number of Muslims are turning to crime and finding themselves in prison.

In an interview with The Times, he also blamed family breakdown, problems resulting from arranged marriages, drugs and the absence of male role models.

The cleric was highly critical of UK mosques for failing to understand young Muslims raised in Britain and said a main factor was that most import foreign imams cannot speak English and focus only on religious rituals.

Mr Ali, who has been the Prison Service's adviser for eight years, said: "Most will get imams originating from other countries who can't speak English. More importantly, they can't relate to second and third-generation youngsters growing up here. It is a tragedy. I have seen youngsters, the next generation, just totally switch off from [going to the mosque]. This is dangerous. It allows others to take advantage, to take up the vacuum."

In March 2010, 10,358 of the 85,184 people in prison were Muslim, a far higher proportion than that of Muslims in the population. The National Offender Management Service confirms that there has been a steep rise in the number of Muslims behind bars over the past two decades.

The rise partly echoes the substantial increase in the proportion of the population that is Muslim, but the cleric believed the rise was also due to family breakdown and he said that the "divorce rate is very high. I think there is a struggle for those who have been born and brought up here and their acceptance of arranged marriage."

Imam says using Facebook is un-Islamic and a sin

Secular youth in Egypt despondent at success of Islamists