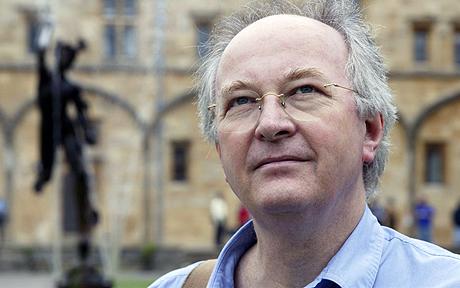 The theocratic cast of mind is always reductive, whether it's in power or not.

Phillip Pullman is the best-selling author of the His Dark Materials trilogy of fantasy novels. The first volume of the trilogy, Northern Lights, won the Carnegie Medal for children's fiction in the UK in 1995 and the last volume, The Amber Spyglass, was awarded the Whitbread Book of the Year prize in 2002.

His Dark Materials is controversial, especially with fundamentalist Christian groups who believe that Pullman is actively pursuing an anti-Christian agenda. The Archbishop of Canterbury, meanwhile, proposed that His Dark Materials be taught as part of religious education in schools.

His latest book, The Good Man Jesus and the Scoundrel Christ is, not surprisingly, causing considerable controversy.