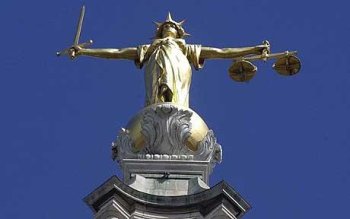 A British judge has said that it is never right for a secular court to rule on the truth or otherwise of religious claims.

His comments come after Tom Phillips, a former follower of the Church of Jesus Christ of Latter Day Saints (Mormons), tried to prosecute the leader of the LDS, Thomas Monson, for breaching the Fraud Act. Mr Phillips said that Mr Monson was seeking money by using "untrue or misleading" statements.

But Senior District Judge Howard Riddle put a stop to the case before it even started; saying at Westminster Magistrates' Court that Mr Phillips was trying to manipulate the court and was seeking a high profile platform to attack the church and its teachings. (Read full ruling here)

The summons alleged that, between February 2008 and December 2013, Mr Monson had induced two men to pay an "annual tithe" based on teachings which were untrue.

The original summons for Mr Monson to appear before the court was issued by District Judge Elizabeth Roscoe, with the threat of arrest if he did not comply.

But Judge Riddle concluded that the threat of arrest was wrong and that the case would never have come to trial even if Mr Monson had attended.

He said: "To convict, a jury would need to be sure that the religious teachings of the Mormon Church are untrue or misleading. No judge in a secular court in England and Wales would allow that issue to be put to a jury."

Mr Phillips, who is managing editor of a website called MormonThink, said he was not discouraged and: "Although this ruling represents a setback for our cause, we remain steadfast in our commitment to bring the LDS Corporation to justice". But John Larson, of the website Mormon Expression podcast, said:

"...the underlying premise of this case is more sinister. The basis of the case is that religious belief is a thought crime. The suit implies that since religious beliefs such as a 6000 year-old earth should be easily recognized by an educated person as false, belief is a fraud even if the believer is sincere in that belief. But this crime occurs completely within the believer's own head. The fraud suit implies that there are things you cannot believe or act upon since by an external standard, those beliefs are de facto false."

Terry Sanderson, President of the National Secular Society, said: "Whatever you might think of the teachings of the Mormon Church, the judge was absolutely right to throw out this claim. It would be invidious and dangerous for secular courts to start ruling on the truth, or otherwise, of various religious claims.

"It would have the potential to create religious inequalities and injustices that would eventually lead to conflict. Courts must stay well away from ruling on theological matters and it is reassuring to see such a robust defence of that principle in this case."