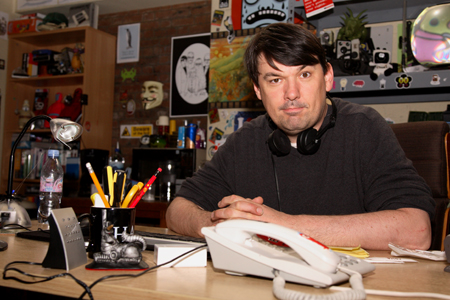 It's very important to smack down every attack on free speech and secularism when they appear, because religious fanatics are getting louder and crazier and more violent, and capitulating only energises them.

Graham Linehan first big hit was Father Ted. He has since written Black Books and the IT Crowd, which won an International Emmy. In 2009 he won the Ronnie Barker Award for writing at the British Comedy Awards.

In 2003, he and his long time partner Arthur Matthews were named one of the 50 Funniest Acts in Britain by The Guardian.

His blog is Why, That's Delightful. His version of The Ladykillers started its run at the Geilgud Theatre in London in November 2011.

When the Pope came to the UK in 2010, he said that he "couldn't be more proud" when protesters used placards inspired by Father Ted.

He spoke out strongly against blasphemy laws in Ireland.