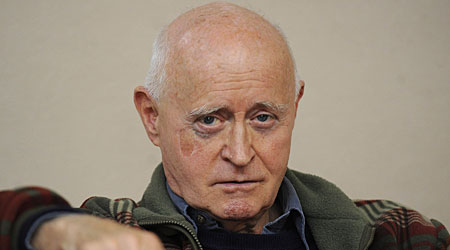 Edward Bond, an enthusiastic supporter of the NSS, is a brilliant and controversial playwright. Among his many achievements are Saved (1965), Lear (1971), Laughter in the Dark (1979) and Walkabout (1971). Saved became one of the best known cause celebres in 20th century British theatre history.

In recent years, Bond's work and ideas on drama have seen a renewed interest worldwide. He held several conferences and directed many workshops in France; he was invited for conferences or workshops all over in Europe and America. Recent productions include the revivals of Lear and Restoration.

In 1999 he published The Hidden Plot, a collection of writings on theatre and the meaning of drama.