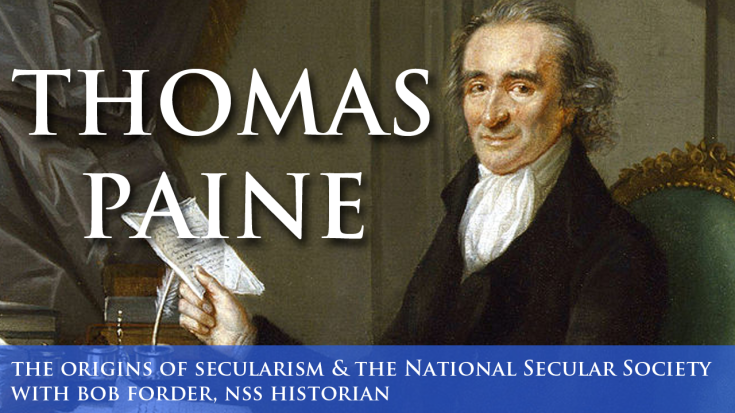 The development of secularism cannot be understood without reference to Thomas Paine. Although the term itself was only coined by G.J. Holyoake 50 years after Paine's death, his role in developing and popularising the ideas that underpin it are of fundamental significance.

Paine was born in Thetford on 29 January 1737, the only son of a staymaker. He received an elementary education before entering his father's trade. He then tried various other occupations before settling in Lewes as an exciseman where he married a second time, his first wife having died a year after marrying him.

In 1774 Paine became involved in a campaign for better pay for excisemen which was unsuccessful and probably led to his dismissal, although the official reason was that he was absent from his post without permission. That year much else went wrong, including the failure of his marriage and a tobacco shop intended to supplement his income.

Paine moved to London – where he met Benjamin Franklin, who encouraged him to emigrate to the American colonies on the eve of the American revolution.

At this point he had only ever written one pamphlet (supporting the excisemen's claim for better pay). But in January 1776 he published Common Sense, a clarion call for independence which crystallised support for the American insurrection. As the revolution gathered pace he published a series of pamphlets, entitled The American Crisis, which were designed to inspire Americans in their battles with the British. In one of these the first use of the term 'United States' occurs. 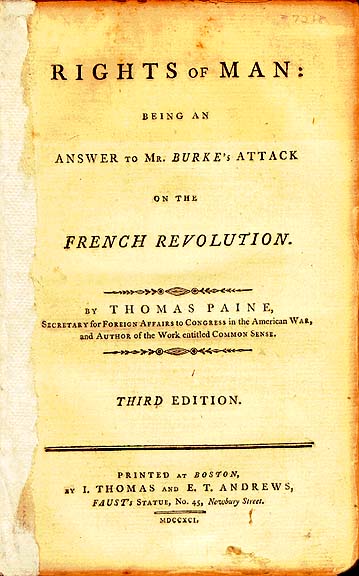 In 1787 Paine was back in London, trying to promote his ideas on the use of iron for bridge building. But he was soon engrossed in the cause of the French Revolution, leading him to publish the two-part Rights of Man in 1791-2. This was a refutation of Edmund Burke's counterrevolutionary blast, Reflections on the Revolution in France.

Reformers received Rights of Man with jubilation but the government moved to have it suppressed. Rights of Man is an appeal for the recognition of human rights, a compassionate society and principles which we would describe today as secular. Paine was indicted for seditious libel but fled England to avoid trial.

He moved to France: he had been granted honorary French citizenship in honour of Rights of Man and elected to the National Convention. Unfortunately Paine made an enemy of Robespierre by speaking up for Louis XVI when plans for his execution were afoot. Paine objected to capital punishment. He was arrested and imprisoned for 10 months, narrowly escaping the guillotine.

On his way to the Luxembourg prison Paine managed to pass the manuscript of The Age of Reason to a friend, who arranged for its publication. It comprised an analysis of the Bible's claims which, he argued, were false:

Paine argued that revealed religion is harmful to humanity and should therefore be rejected. He has often been accused of being an atheist. He was a deist – but also a fervent opponent of Christianity.

The Age of Reason saw Paine create furious enemies and opponents. They were to besmirch his reputation, integrity and work in the following years. 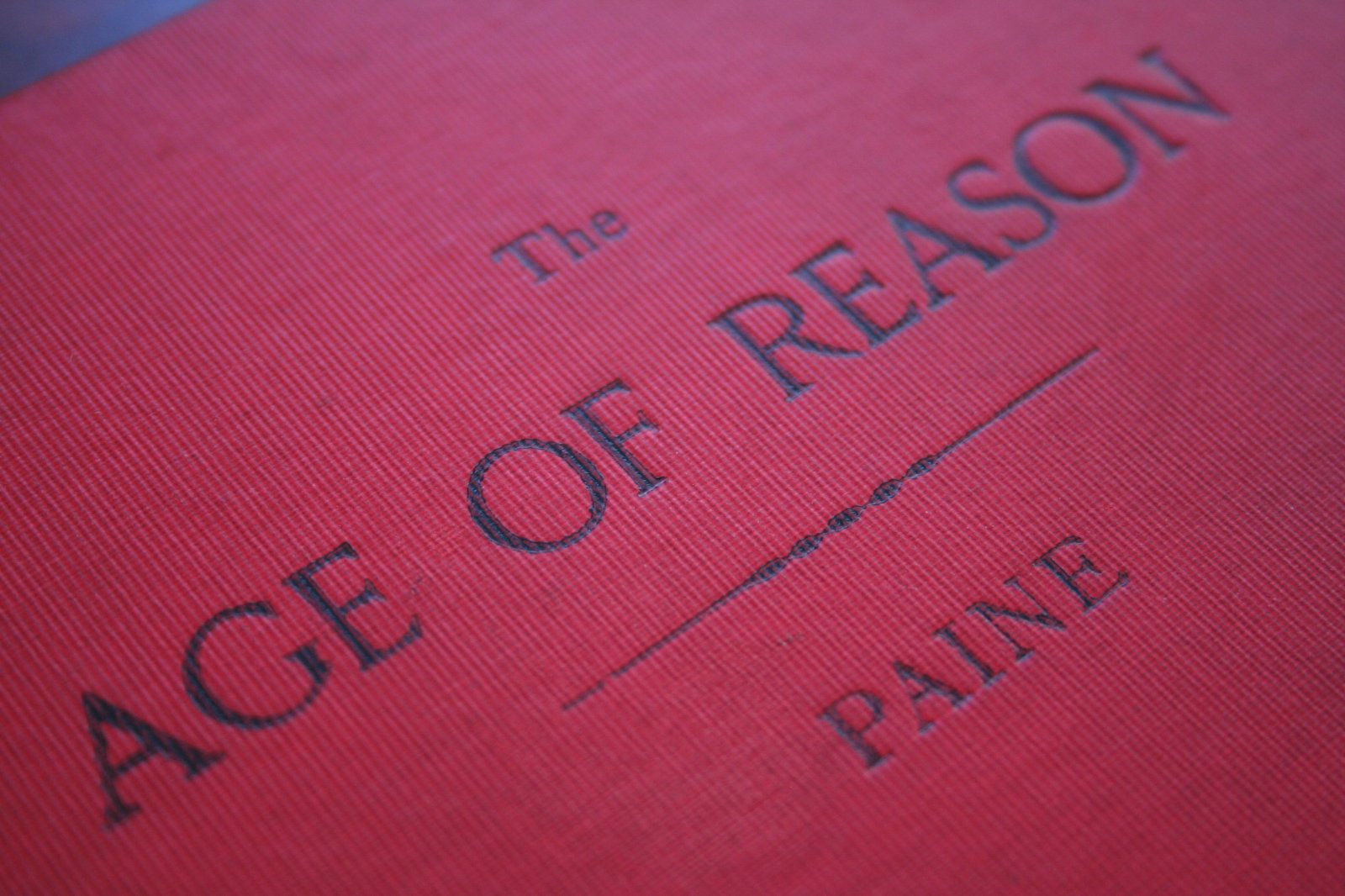 He returned to the USA in 1802, but the last years of his life were sad as the role that he had played in the American revolution was forgotten and his unbelief provoked dislike and opposition among the religious.

In his writings Paine had set out the secularist case, which inspired the radicals and reformers who followed him. Many of his ideas were not new: they were found in the writings of Enlightenment philosophers such as John Locke.

Paine's contribution was to popularise and explain them in terms ordinary people could understand and relate to. Everything he wrote was deeply embedded with the ideas of republicanism; liberty; anti-slavery; democracy; human and women's rights; the separation of religion from the state; and the idea that government should serve the interests of ordinary people

Thomas Paine died on June 8, 1809. Only six people attended his funeral. Today his best monument in the UK is in Thetford, where Sir Charles Wheeler's statue has stood on King Street since 1964. 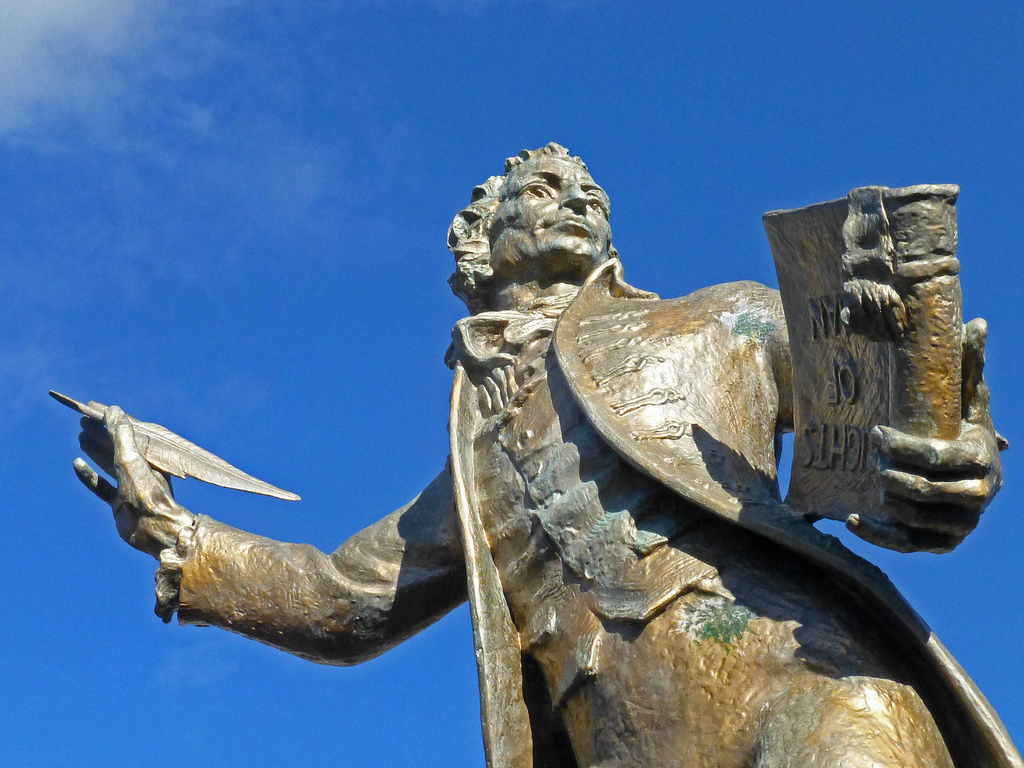