Our Current president Keith Porteous Wood was first appointed in 1996 General Secretary and later became Executive Director. before being elected president in 2017.

He was closely involved in the campaign for the abolition of the blasphemy laws in 2008, has taken the campaign for secularism to the European Union, and is prominent in the media giving a secular perspective. In 2007 he received the Distinguished Service to Humanism Award from the International Humanist and Ethical Union for his work in building up the National Secular Society and campaigning for secularism both nationally and internationally.

In the twenty-first century the NSS thrives as an organisation campaigning in the UK and the EU for the removal of the privileged influence of religion on public life.

Secularism has gained a new political and moral significance in recent years. Successive governments have pushed for an increased role for religious groups, despite diminishing numbers of religious believers. In our increasingly religiously diverse and non-religious society, secular values are more relevant than ever. 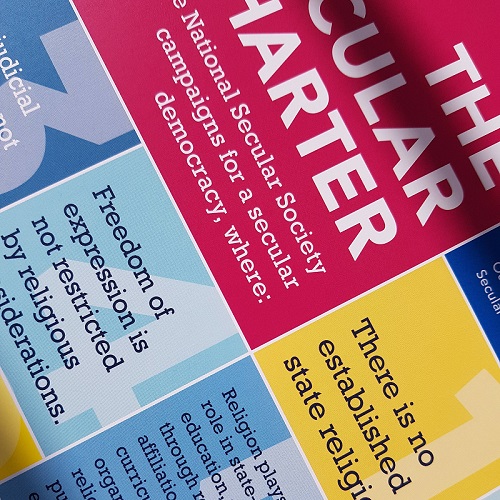 Click to find out more about the NSS today.